Health director-general Datuk Dr Noor Hisham Abdullah said stringent health checks would still be conducted on these flights and sick passengers would not be allowed aboard.

“We will screen all passengers before they go on the flights and after they get off.

"They will have to go through thermal scanner checks at the airport.

“It is important we do so to avoid the spread of Covid-19 in the country.

“If you are unwell, it is not encouraged for you to get on these flights, ” said Dr Noor Hisham at the ministry’s daily Covid-19 press briefing here on Tuesday (April 14).

Earlier, the Transport Ministry announced the resumption of Malaysia Airlines flights between Peninsular Malaysia and the East Malaysian states of Sabah and Sarawak.

Earlier, Transport Minister Datuk Seri Dr Wee Ka Siong said the ministry had noted the call of the Sarawak government to resume flights between Peninsular Malaysia and the state.

He said that they had requested MAS and AirAsia to reconsider their decisions and to operate flight services to Sabah and Sarawak.

Dr Wee said that the ministry had never instructed airlines such as MAS, AirAsia or Malindo to stop flights to Sarawak or Sabah.

He pointed out that both MAS and AirAsia had halted their operations of their own accord.

Under the current movement control order (MCO), the movement of people is highly restricted and those travelling would need special permission from authorities.

Arrivals in Sabah and Sarawak from Peninsular Malaysia are also required to be quarantined at designated centres for 14 days. Stiff drink and even stiffer penalty 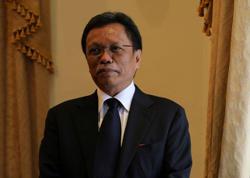