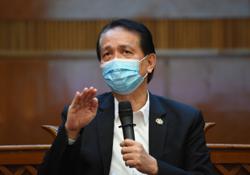 PUTRAJAYA: The Health Ministry (MOH) has identified 25 clusters and sub-clusters of the Covid-19 disease in the country.

Health director-general Datuk Dr Noor Hisham Abdullah said they were still conducting active case tracing to identify other clusters, adding that the Sri Petaling tabligh cluster makes up about 40% of cases in the country.

He said that two sub-clusters were detected in Kuantan, Pahang and were inter-connected.

He said one of the clusters involved a group of patients and several personnel of a medical facility in Kuantan, with 20 people being diagnosed with the disease.

Of that number, 14 were being treated at Tengku Ampuan Afzan Hospital in Kuantan, three more patients were at the intensive care unit (ICU), two have been discharged, and one has died.

The index case for the cluster had a history of travel to Bali, Indonesia and he later had close contact with his elder brother, who was the one person who died from the disease.

This person was linked to seven cases (second generation) and a further 11 third-generation cases.

All together, there were 339 people who were identified as close contacts, including 202 medical personnel.

Dr Noor Hisham said that as for the “Italy cluster” in Kuching, there were five new cases detected, making it a total of 50 cases.

Five people from one family have died from this cluster alone.

As for places that were under the enhanced movement control order, Dr Noor Hisham said there were eight new cases detected in Bandar Baru Ibrahim Majid, bringing it to a total of 163 in the locality.

There were another 24 new cases in Hulu Langat, making it 240 cases in all, and another 15 new cases in three locations close to one another in Kuala Lumpur, bringing it to a total of 125. 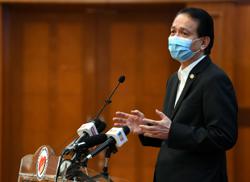