KUALA LUMPUR: The movement control order (MCO) should be extended for at least another two weeks or until new daily cases drop below 50, say health experts.

Third World Network senior researcher Dr Lim Chee Han said although the MCO had helped and the number of cases had not grown exponentially, he had not seen improvement.

“The number of new cases has not gone down and the infection is still occurring in too many districts, even in the third week of the MCO.

“I hope the Health Ministry will advise the government to extend the MCO for another two weeks, and ending it earlier if the daily new cases drop to below 50,” he told The Star.Former Health director-general Tan Sri Dr Ismail Merican said the country was still not out of the woods yet.

“With limited resources and lack of discipline among some Malaysians, we need to extend it,” he said, adding that with the MCO, people would be reminded about what they needed to do.

“I am also concerned about Covid-19 positive patients who may not exhibit symptoms but can transmit the disease to those who are vulnerable if we are allowed to move freely,” he said.

“China took six weeks of total lockdown to reduce from thousands of cases a day to below 10.”

He said a few criteria had to be met before the MCO could be lifted: whether public and private hospitals are able to manage properly all Covid-19 cases and whether the Health Ministry is able to carry out Covid-19 tests on every person who shows symptoms and ramp up testing from the current 1,500 tests per one million population to at least 6,000 per million population.

The antibody test, he added, was able to identify the extent of the Covid-19 spread in the community as well as asymptomatic cases as there was concern that 12% to 25% of Covid-19 patients had mild or no symptoms.

He said the tests could help identify those who had positive antibody and were immune to the disease.

Dr Musa said the government might require a stricter MCO, which would include using a mobile phone to track those who had been in close contact with a positive case.

“Singapore, South Korea and Taiwan are using GPS surveillance and the government should use it to ensure no cases are missed,” he added.

Universiti Malaya virologist Prof Dr Sazaly Abu Bakar said weekly data on the number of positive Covid-19 cases had been steadily increasing, thus it showed there was a likelihood that there was still transmission of the virus in the community. 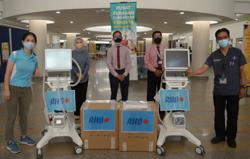