PUTRAJAYA: The government is in the midst of preparing a guideline based on colour-coded zones with Covid-19, which may see certain leeway being given to people in green zones, says Senior Minister Datuk Seri Ismail Sabri Yaakob (pic).

However, he said the matter has not been finalised and must be looked into in detail.

He said a standard operating procedure (SOP) on the matter would be tabled in the special Cabinet committee meeting tomorrow by the National Security Council (NSC) and Home Ministry.

“The procedure will see how to address issues affecting the movement of the people as well as business operations without jeopardising the measures put in place to prevent the spread of Covid-19.

“All this will have to be studied. We know that the people are restless after being confined to their homes for a month.

“But we don’t want to allow people to move freely and later have to reverse the decision and impose a longer MCO, ” he said.

Putrajaya, Rembau and Kota Baru are among areas categorised as red zones.

Among the areas that are categorised as green zones are Yan in Kedah, Machang in Kelantan, Hulu Terengganu in Terengganu and Kampar in Perak.

Ismail Sabri said the SOP was also meant to prepare the public for the days ahead after April 14, which is the last day of the second phase of the MCO.

The government had enforced the order from March 18 till 31 and later extended it from April 1 to 14.

He, however, pointed out that no decision has been made on whether the MCO would be extended or lifted after the second phase ends, adding that this would be made after the Health Ministry evaluates the Covid-19 pandemic status.

The SOP, he said, was needed to ensure what happened in certain countries which had lifted their restriction order, does not happen in Malaysia.

For instance, he said NSC and the Home Ministry would determine if it is wise to allow people in green zones to go out of the area as there are concerns that movements may turn the area into amber or even red.

“The authorities will also have to determine if factories in green zones should be allowed to operate when some of their workers live in red zones and will be entering green zones to work.

“All these details need to be weighed carefully, ” he said.

The minister also said that the special Cabinet committee was informed that authorities made 403 arrests at roadblocks on Monday.

He pointed out that while it was 26% lower than the 554 arrests made on Sunday, this number needed to be further lowered.

A total of 6,451 people have been arrested since the start of the MCO on March 18.

It’s time to plan for post-Covid-19 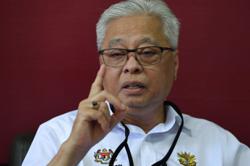 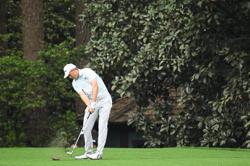