By TARRENCE TAN, RASHVINJEET S. BEDI and And ASHLEY TAN 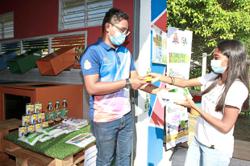 PETALING JAYA: Landlords of private premises who reduce their rental rates by at least 30% from April to June this year will qualify for additional tax deductions, says Tan Sri Muhyiddin Yassin.

In urging them to play their part in sharing the burden caused by the movement control order (MCO), the Prime Minister made a plea to landlords to reduce their rental rates during the period and for three months after it ends.

The deductions are equivalent to the amount of rent they reduce for three months.

“The tax deductions are subject to the condition that they reduce their rental by at least 30% during this period, ” he said during a speech to announce special measures to assist Small and Medium Enterprises (SMEs) on Monday (April 6).

Muhyiddin also said that premises owned by government-linked companies will exempt or give discounts on rents to SMEs.

He thanked GLCs such as Mara, Petronas, Permodalan Nasional Berhad (PNB), PLUS, UDA and several state-owned companies who agreed to give discounts or to exempt rentals for the use of their premises, especially SMEs.