M’sian duo not allowed to disembark at ship’s port 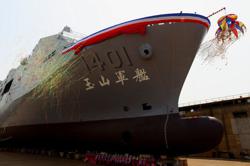 GEORGE TOWN: Two Malaysians on board a cruise ship that had to cross the Atlantic Ocean remain holed up in the ship, with only the European crew members allowed to step ashore.

Although MS Amadea Phoenix Reisen has safely docked at its port of registry in Bremerhaven, Bremen, Germany, non-European crew members are forbidden to land.

Malaysian crew member Izwan Hilmy, 39, told The Star all the passengers and European staff had disembarked after spending over a month at sea.

“We arrived on Thursday at about 9.30am (German time).

“The cruise ship management gave us all two months’ advance salary and are arranging flights for us to go home.

“European crew members were allowed to step ashore. The rest of us must wait on board. Our crew comprises nationalities from all around the world, ” Izwan, from Kepala Batas, Penang, said.

The other Malaysian on board is 29-year-old Rizal Baseri from Puchong, Selangor.

Izwan said he felt relieved after successfully crossing the ocean and could not wait to get back to Malaysia.

He said the ship’s food supply had been replenished and there was enough for the remaining crew.

His 67-year-old mother Kamariah Yusof said she felt a burden lift off her shoulders when she was told that her son had safely docked in Germany.