PUTRAJAYA: The Health Ministry is bracing for the possibility of Malaysia’s Covid-19 cases peaking in mid-April as projected by the World Health Organisation (WHO).

Health director-general Datuk Dr Noor Hisham Abdullah (pic) said the ministry shares the same prediction with WHO and has taken mitigating measures to prevent such eventuality.

“What WHO said is exactly what we predicted as well. We know we have citizens coming back home from overseas and we fear that we would see an increase in imported cases.

“That is why we implemented the movement control order (MCO). With this, we are able to trace cases especially at hotspots earlier.

“By identifying cases earlier, we can isolate them earlier, too.

“That is why these coming two weeks are crucial. If we play our roles by staying at home, constantly washing our hands and practising social distancing, hopefully we can flatten the curve, ” said Dr Noor Hisham at the ministry’s daily Covid-19 briefing here on Thursday (April 2).

Dr Noor Hisham said that another preventive measure to be implemented by the government is to force all arrivals in the country beginning Friday (April 3) to be housed at quarantine centres for two weeks.

“All of those arriving in the country will have to be housed at quarantine centres. We have also identified hotels where they can be quarantined as well.

“The reason we do this is because we find that some 15% of people who were asked to undergo home quarantine do not do so, ” he said.

Dr Noor Hisham pointed out that China continues to enforce quarantine instructions on their citizens who return to their country.

“We see that China has managed to curb the spread of Covid-19 in their country. But now they still force their returning citizens to be quarantined, for fear that they might bring the virus back into their country.

“So we, too, must ensure that our returning citizens are screened upon arrival and be quarantined for 14 days, ” he said.

WHO head of mission and representative to Malaysia, Brunei and Singapore Ying-Ru Lo said in a statement that the WHO Country Office has projected that Malaysia will see a peak in hospitalised cases in mid-April.

She said the number of critically ill patients is estimated to reach the peak within the next week.

Lo added that although there are initial signs of flattening of the curve, this could bounce back if control measures are lifted and if people don't continue to take protective measures.

WHO expects Malaysia's Covid-19 cases to peak in mid-April 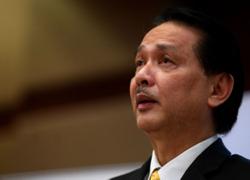 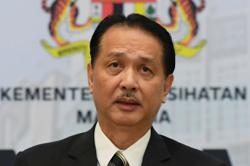 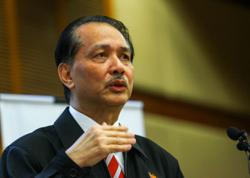