KUALA LUMPUR: The Government is giving a special allowance of RM200 a month to the army, police, customs, immigration, civil defence and Rela personnel who are directly involved in implementing the movement control order (MCO).

The allowance will be paid from April 1 until the outbreak ends.

It is estimated that 169,000 additional personnel will benefit from this.

The Government will also give RM500 cash assistance to more than 1.5 civil servants under Grade 56 and below.

Another one-off RM500 assistance will be given to more than 850,000 government retirees.

Both one-off payments will be made in April. 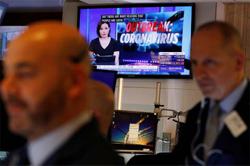