PETALING JAYA: A total of 43 Malaysian students in Manipal are stuck in their hostel after the lockdown imposed by the India.

The medical students, who had completed their full two-and-a-half-year stint there were supposed to return to Malaysia for the other half of their studies.

Their term had ended on March 16 and they were supposed to return to Kuala Lumpur on March 18, but their flights were suddenly cancelled.

They kept on booking other flights back home on other airlines, but eventually all of them were cancelled as well because of the Covid-19 situation.

Feeling desperate, Firdaus Faruq said they contacted the consulate in Chennai who supposedly told them to hang tight and that they would find a way for them to get back to Malaysia.

However, they have still been waiting, with no updates on their situation, claimed Firdaus.

The Manipal campus in India is located in Mangalore, which is about 350km from the city of Bangalore.

He said the students were stressed out by the whole situation.

"Most of us are depressed, and some are crying. We have a bed to sleep in but this is not the best place to be at this time," said Firdaus who is one of the students.

Firdaus said that the students had closed their bank accounts in India and had no way to get money from their parents, with the Western Union branches closed.

He also said their belongings had been packed and sent back to Malaysia.

Firdaus also said they were supposed to resume their studies in Malaysia on April 30.

"We only want to be back home," he said.

On Wednesday (March 26), Deputy Foreign Minister Datuk Kamarudin Jaafar said that more than 1,600 Malaysians remain stranded in India with ongoing efforts being made to bring them home.

MIC had sponsored six flights to bring back 1,119 Malaysians stranded in Chennai and Thiruchirappali (Trichy) in India using AirAsia flights.

The recent lockdown in several countries due to Covid-19 saw disruption of flights, leaving thousands stranded in several major airports in the region. 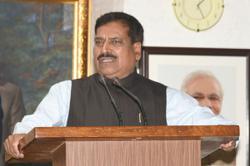 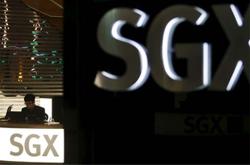 Travellers from India must have recognised test results