KUCHING: Sarawak has announced a special aid package worth RM1.15bil to mitigate the impact of Covid-19 and protect the well-being of Sarawakians.

Among the measures are discounts on electricity and water bills, monthly cash payout for the B40 group, special monthly incentives for frontline personnel up to September, and free face masks to be distributed to Sarawakians.

"The Sarawakku Sayang special aid package involves a total of RM1.15bil injection to our economy.

"This involves direct expenditure by the Sarawak government of RM974.75mil to mitigate the impact of economic slowdown and reduce the burden of Sarawakians.

"This is further supplemented by deferment of loan repayment, waiver of payments and discount of Sarawak government basic services of RM179.79mil for 2020," Abang Johari said.

Under the package, he said 430,000 Sarawakians from the low-income or B40 group will receive a monthly cash payout of RM250 for six months, a measure that will cost the state government RM645mil.

Some 686,847 domestic, commercial and industrial consumers will be given a 5% to 25% discount on their monthly electricity bills from April to September.

In addition, consumers will be given a 10% to 20% discount on their monthly water bills from April to September.

The cumulative cost of the electricity and water bill discounts amount to RM166.8mil and RM25.26mil respectively, which will be borne by the state government.

The state government has also ordered two million face masks to be distributed free to Sarawakians through the state disaster management committee.

"We are ordering the masks directly from China at a cost of almost RM3mil. This will take about seven days (to arrive)," Abang Johari said.

He also announced special monthly incentives of RM300 for doctors, nurses and other medical personnel in hospitals and clinics statewide, as well as RM200 for immigration, police, military, Rela and state operations room personnel.

The incentives will be paid for six months and will cost RM17.35mil.

Additionally, the state government will spend RM10mil to acquire personal protective equipment and other supplies for physicians on the frontlines of testing, diagnosing and treating patients at risk of Covid-19.

Another RM1mil will be spend on purchasing food for frontliners during the movement control order period.

"All funds for the special aid package come from the state government's coffers. We do not know when this pandemic will end but let us go through this together," Abang Johari said. 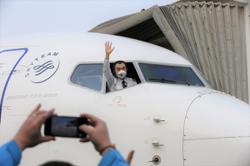 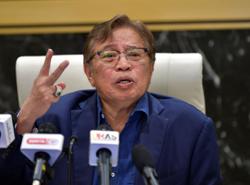 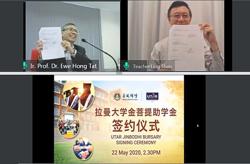