Extra clean: A housekeeper sanitising a room at a resort in Terengganu. — Bernama

PETALING JAYA: Two major cultural events, which usually attract thousands of spectators, have been called off in line with the government’s call for a stop on mass gatherings.

The annual Sabah International Dragon Boat Race, which was originally scheduled for July 6 and 7 in Kota Kinabalu, will not take place this year.

This race has been a popular event and sees thousands of participants and visitors to Sabah, including those from neighbouring countries.

The 37th National Chinese Cultural Festival, which was slotted from July 31 to Aug 2, has also been cancelled.

The annual festival is one of the largest and most important national cultural events by the Chinese community.

There would usually be thousands of attendees including dignitaries and government officials, who are often invited as guests of honour during the grand opening.

All activities associated with the cultural festival will also be put on hold, including the flag-raising ceremony in Penang today and its torch relay in Bukit Cina, Melaka, on May 1.

“This is a very upsetting but necessary decision to make,” said Goh.

He said a meeting had been held with representatives from the Chinese assembly hall of each state.

“Out of concern for public health and lives, we have to defer the festival,” he said, adding that the decision was also in line with the ministry’s call for all mass gatherings to be postponed.

The annual festival was initiated by Hua Zong, with the Chinese assembly hall of each state taking turns to organise it annually.

This year, the festival was supposed to be held in Seremban.

Goh apologised to all parties, including the working committee members and sponsors, who had been preparing for the events.

Goh, who is Sabah Chinese Assembly Hall president, conceded that it was a difficult decision to put off the dragon boat race, which would usually generate high participation from countries such as the Philippines, Brunei, Australia and China.

“But Sabah has recorded cases of Covid-19 and we must not take it lightly. We ask for understanding from all parties.

“I hope we will be able to host these events again next year,” he added. 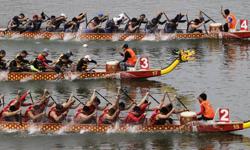 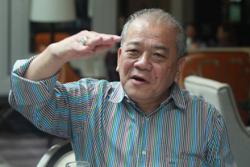