By FATIMAH ZAINAL And IMRAN HILMY

PETALING JAYA: All the talk and speculation about the new Cabinet will soon be over as Prime Minister Tan Sri Muhyiddin Yassin is expected to announce his new ministers and deputy ministers today.

Kepala Batas MP Datuk Seri Reezal Merican Naina Merican said the announcement had to come as soon as possible as the country could not function without a Cabinet.

“I think the Cabinet will have a mixture of representatives from all the component of parties in Perikatan Nasional, including Barisan Nasional, PAS and Gabungan Parti Sarawak,” he said.

Asked whether his name would be included in the list, Reezal said he was in the dark over this.

“It is all up to the Prime Minister’s sole discretion on whom he picks,” said the Umno supreme council member.

Reezal, a former deputy foreign minister, has been tipped to be given a ministerial post in Muhyiddin’s government. Another name said to be included is veteran Umno leader and Gua Musang MP Tengku Razaleigh Hamzah.

Popularly known as Ku Li, the Kelantan prince has served as Finance Minister for two terms – first under the third prime minister Tun Hussein Onn and then under Tun Dr Mahathir Mohamad during his tenure as the fourth prime minister. 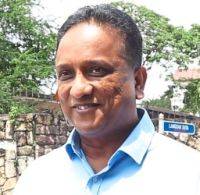 Meanwhile, Perlis mufti Datuk Dr Mohd Asri Zainul Abidin, who wrote on Facebook that he had dinner at Muhyiddin’s house on Saturday night, said he would be anticipating the good news today along with other Malaysians.

He said he was informed by Muhyiddin that the Cabinet members would be those who passed the vetting process by the Malaysian Anti-Corruption Commission (MACC) and the police.

“I was also informed by those who are involved in the process that he (Muhyiddin) has instructed that those in the Cabinet line-up must not possess fake education certificates.

“Each member must present authentic certificates,” he said.

Mohd Asri claimed that Muhyiddin told him of the new Cabinet line-up plans over dinner.

“I told him that I believe if his Cabinet members are those who are clean from corruption and are of high quality, then God willing, that is a strong argument on his (Muhyiddin’s) part,” said Mohd Asri.

However, Ampang MP Zuraida Kamaruddin was quoted in Bernama as saying that the Cabinet line-up was expected to be unveiled tomorrow.

Umno and PAS, which are component parties of Perikatan, have publicly come out to say that the appointments would be at Parti Pribumi Bersatu Malaysia president Muhyiddin’s discretion.

Former deputy prime minister and incumbent Umno president Datuk Seri Dr Ahmad Zahid Hamidi had said on Saturday that he would not be in the new Cabinet.

He said the new government must be clean and that opportunities must be given to charged individuals to clear their name through legal court procedure.

Ahmad Zahid is facing 47 charges – 12 for criminal breach of trust, eight for corruption and 27 for money laundering – involving tens of millions of ringgit in funds belonging to Yayasan Akalbudi.

“Wanita Umno feels that the Umno president should be in the Cabinet line-up for the party’s dignity and also to assist the Prime Minister in matters of national governance,” said the Parit Sulong MP in a statement yesterday.

Ahmad Zahid had earlier denied that Umno was lobbying for the Deputy Prime Minister post, adding that the party had recommended several names of Barisan MPs to the Prime Minister for him to choose truly deserving individuals.

PAS president Datuk Seri Abdul Hadi Awang had also said that it was not an issue if he was not chosen as Deputy Prime Minister, saying that it was Muhyiddin’s prerogative.

Saying that the party was leaving it to Muhyiddin’s wisdom to appoint his Cabinet, Hadi suggested however that appointments be made from among professionals, adding that they were needed to improve areas in economy, education, health and people’s welfare.