What happens when a PM resigns

1. What happens with the resignation letter from the Prime Minister to the King?

The King has to either accept or decline the resignation letter from the Prime Minister.

2. What happens when the Prime Minister resigns?

The Cabinet is dissolved immediately as the Prime Minister and the Cabinet are a collective responsibility.

The Yang di-Pertuan Agong has to appoint a new PM - be he a permanent or a caretaker.

There is no timeframe for the King to do so.

The King can choose a clear-cut leader from the MPs or someone who has the biggest party or coalition. This means someone with the commanding majority in the Dewan Rakyat.

If there is a deep divide and no clear-cut leader, the King has a very wide discretion and his role is pivotal.

He can appoint a leader which he believes may be able to forge a full majority.

The King can also appoint any of the MPs who he believes is able to command the support of the Dewan Rakyat.

3. When usually does the PM decide to resign?

4. Can the King dissolve the government?

If the King has appointed a PM, that PM then can advise the King to dissolve the government and call for a general election.

The King can only dissolve the government on the advice of the Prime Minister, whether permanent or caretaker.

He cannot do it on his own as he is bound by the constitution.

5. Can the resigned PM be re-elected?

Yes, if he commands the majority (support) of the Dewan Rakyat or the King believes he can forge a full majority. 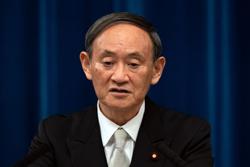