PETALING JAYA: A total of 131 MPs have gathered at Sheraton PJ for a major dinner following an audience for several party leaders with the Yang di-Pertuan Agong.

The dinner follows an eventful day with talk of a possible new governing coalition for the country.

Here is the timeline of the events:

11:30pm: Datuk Seri Mohamed Azmin Ali finishes meeting with supporters at Sheraton PJ. When leaving the venue, he said: "I thank all those who were here, and who have waited for so long. Insya Allah (God willing), we can continue the fight (perjuangan) to implement the reformation agenda, to develop the nation, and to bring shared prosperity to all citizens."

10.12pm: Kuantan MP Fuziah Salleh says, "PKR is okay, the ones who are not okay are those with other objectives", as she enters Anwar's residence. Deputy Tourism, Arts and Culture Minister and Balik Pulau MP Muhammad Bakhtiar Wan Chik arrives soon after but does not give any comments. 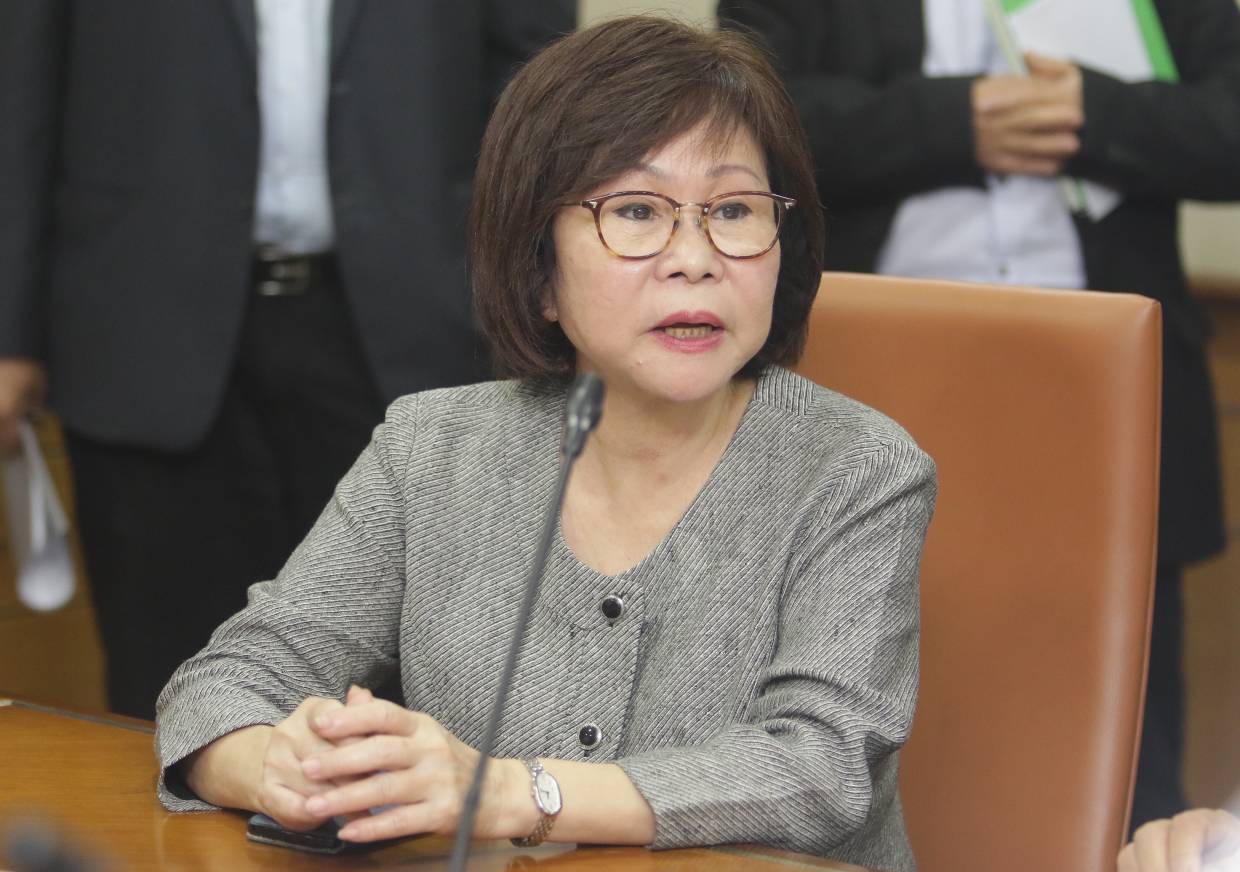 10.10pm: PKR's Wangsa Maju MP Tan Yee Kew (pic) seen entering Anwar's residence. It may be the prelude to a meeting that was said be taking place tonight between Anwar and PKR MPs aligned to him.

9:45pm: Umno sec-gen Tan Sri Annuar Musa says he is not the one who decides on the formation of a new government coalition, but Prime Minister Tun Dr Mahathir Mohamad will be. Many other lawmakers are also leaving the hotel, including MCA's Datuk Seri Dr Wee Ka Siong, Umno's Datuk Seri Hishammuddin Hussein and Parti Pribumi Bersatu Malaysia's Tan Sri Muhyiddin Yassin. All declined to elaborate on the matter.

9.34pm: Shouts of "Reformasi!","PM Lapan (the eighth Prime Minister)" and "Lawan Tetap Lawan (We must continue the fight)" suddenly erupt from within the compound of Datuk Seri Anwar Ibrahim's house.

9.28pm: Aide confirms PKR president Datuk Seri Anwar Ibrahim has an audience with the Yang di-Pertuan Agong Al-Sultan Abdullah Ri'ayatuddin Al-Mustafa Billah Shah Monday (Feb 24) but says it was planned in advance and nothing to do with the events of today. 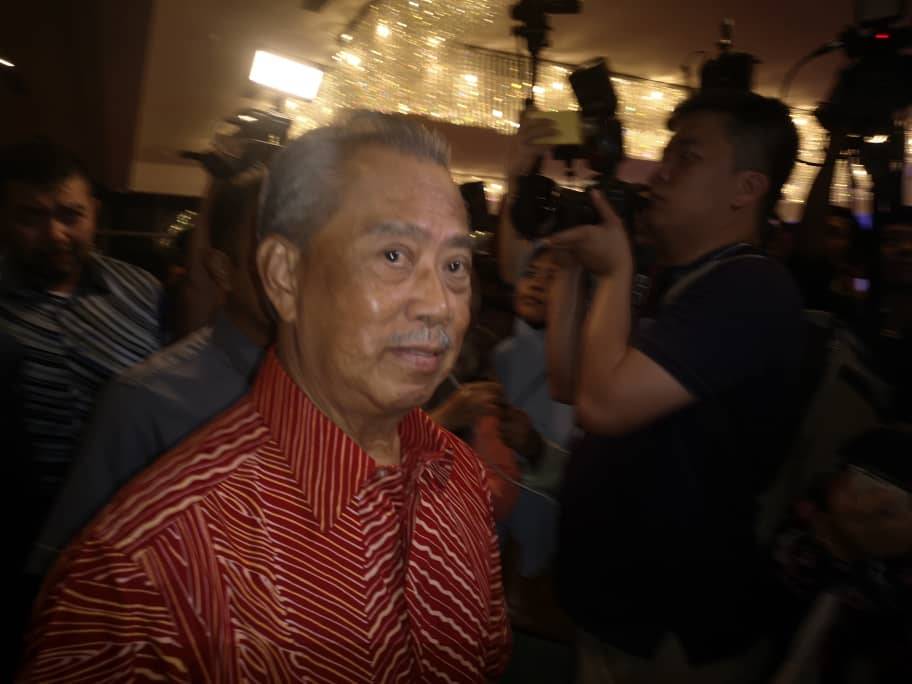 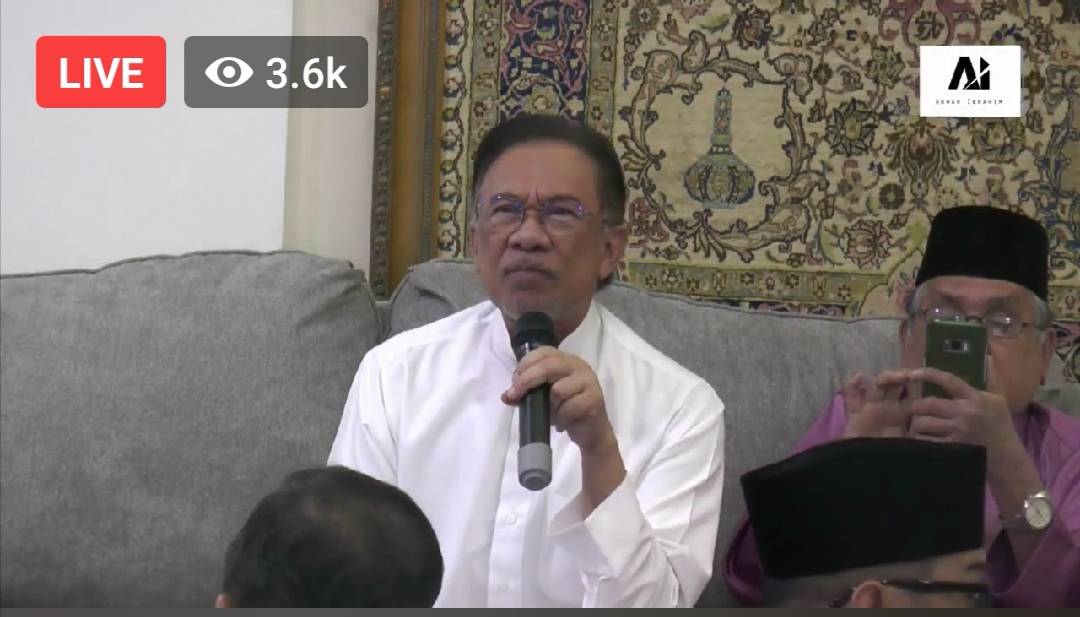 A group of men clad in red shirts, some with Bersatu logos, made their way to the entrance of the hotel, with chants of "Hidup Tun!"8.15pm: Umno president Datuk Seri Dr Ahmad Zahid Hamidi arrives at Sheraton PJ. Pontian MP Datuk Seri Ahmad Maslan has also been spotted in the crowd. 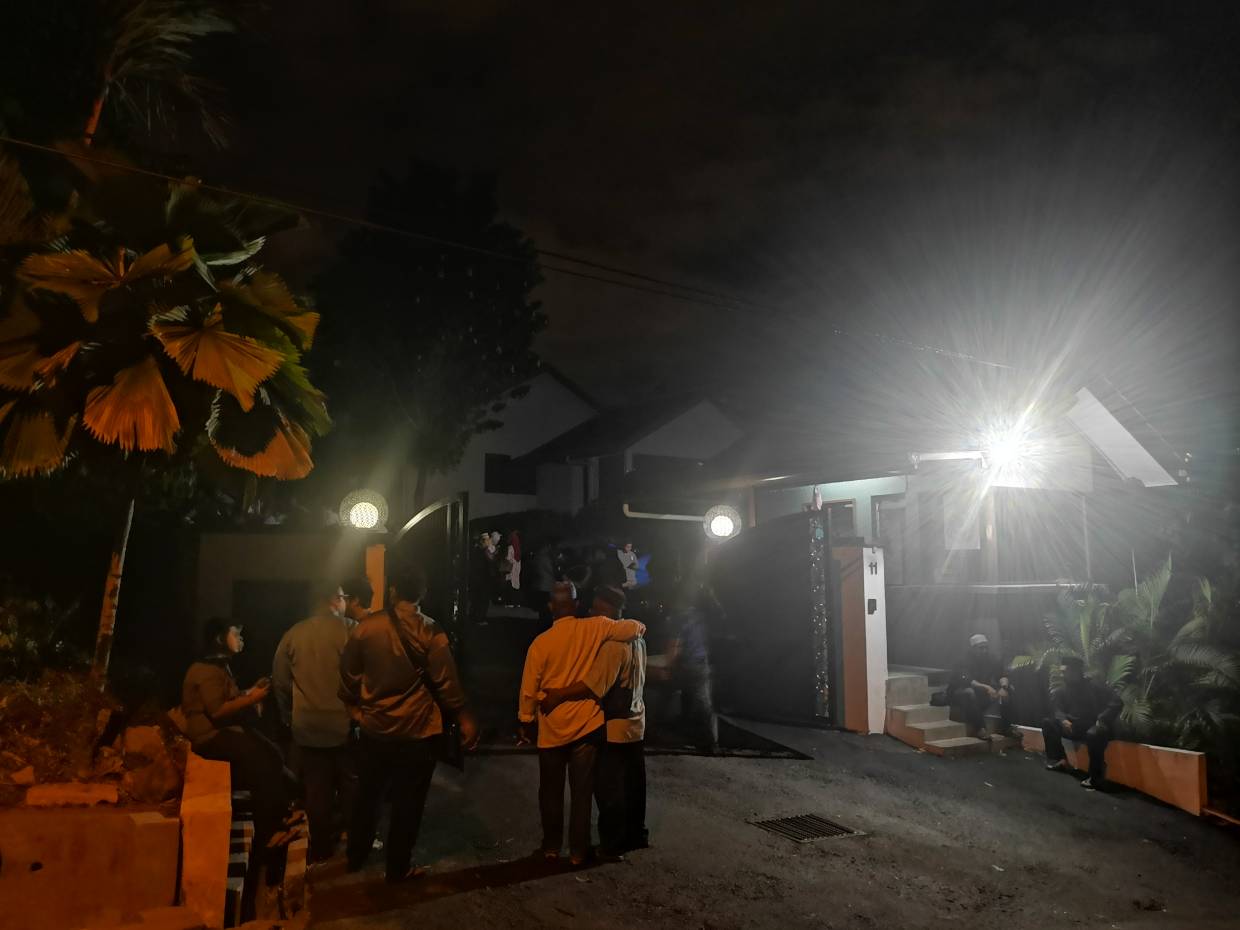 8.10pm: PKR supporters gather for prayers at the residence of party president Datuk Seri Anwar Ibrahim at Bukit Segambut, amid talk of a new political landscape. Supporters, both Muslims and non-Muslims, started gathering at Anwar's house as early as 5pm for the religious event (majlis zikir) advertised on the PKR Facebook page. Earlier in the evening, PKR MPs Datuk Seri Saifuddin Nasution Ismail, Nik Nazmi Nik Ahmad, Datuk Abdullah Sani Abdul Hamid, Fahmi Fadzil and Wong Chen were seen at the premises. Members of the press were informed at 6.40pm that Anwar would not be addressing the media.

8.05pm: A palace guard confirm that the Yang di-Pertuan Agong has left the palace following the earlier meeting. 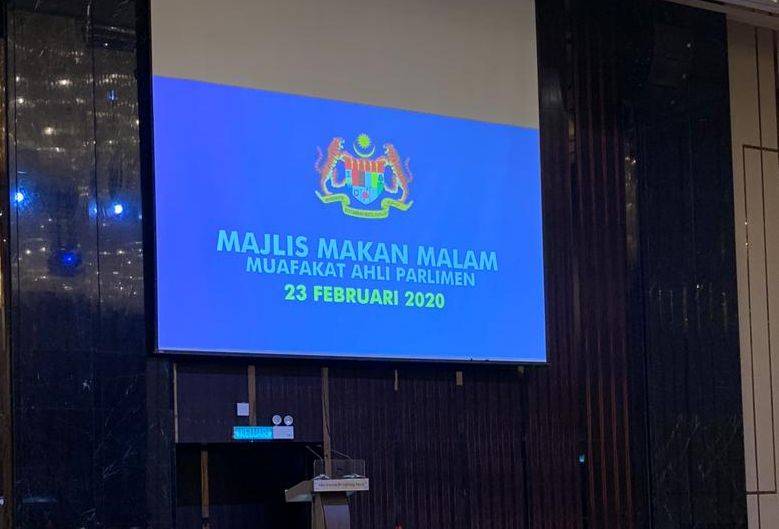 8.02pm: An exclusive picture of the backdrop for the dinner shows that it is in celebration of a consensus by MPs. 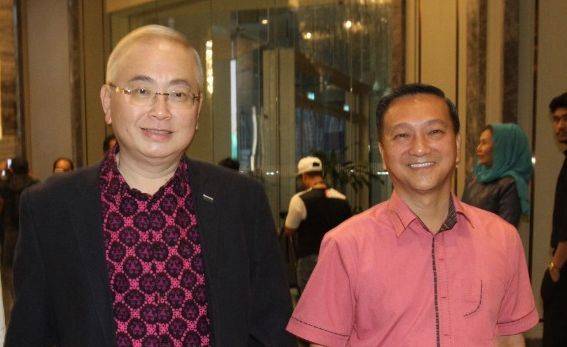 7.31pm: All quiet in Putrajaya despite talk of new government coalition. The country's administrative capital is typically deserted on a Sunday. At tourist areas such as Dataran Putra and the Putra Mosque, many are seen hanging out with the family members as they pose for photos at some of the most picturesque areas in the city. 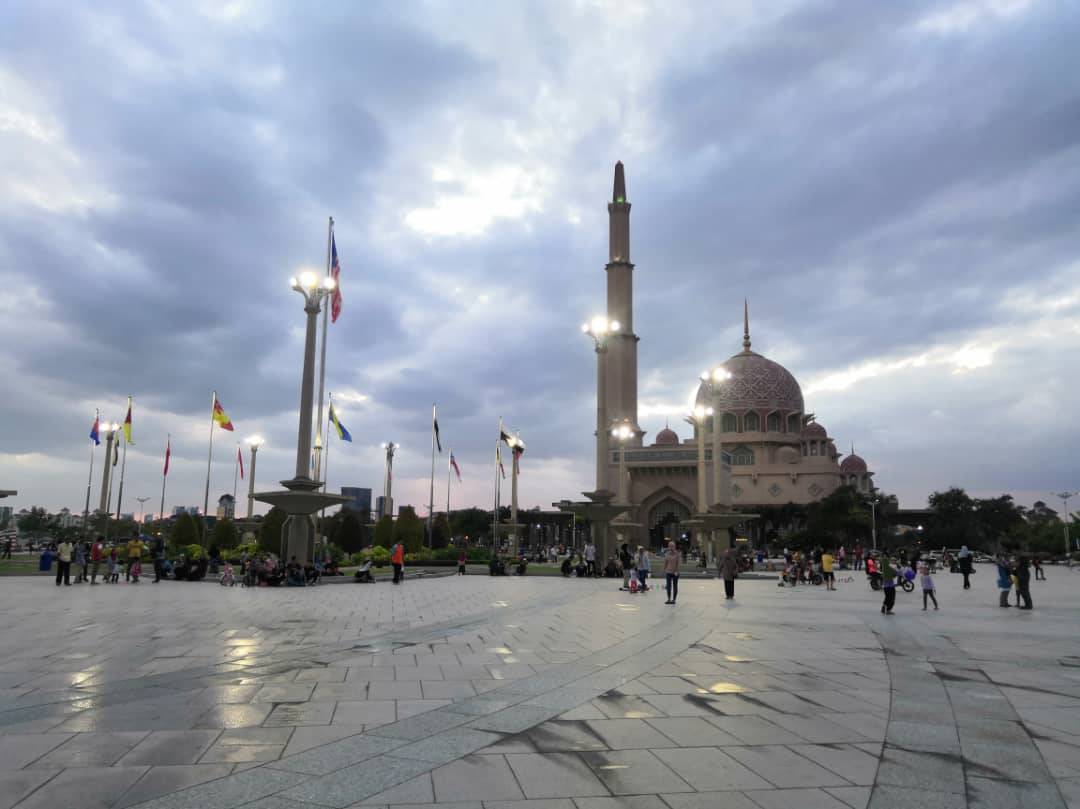 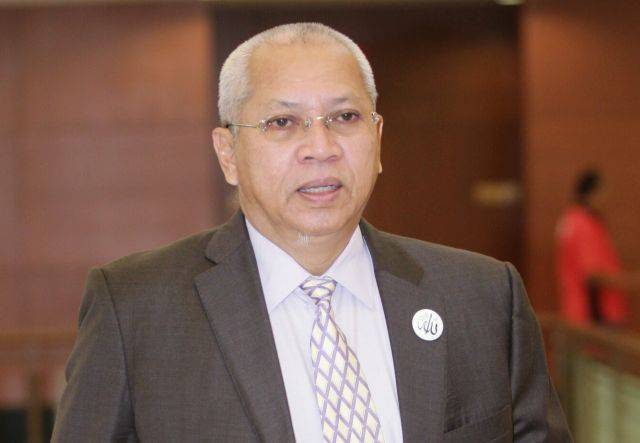 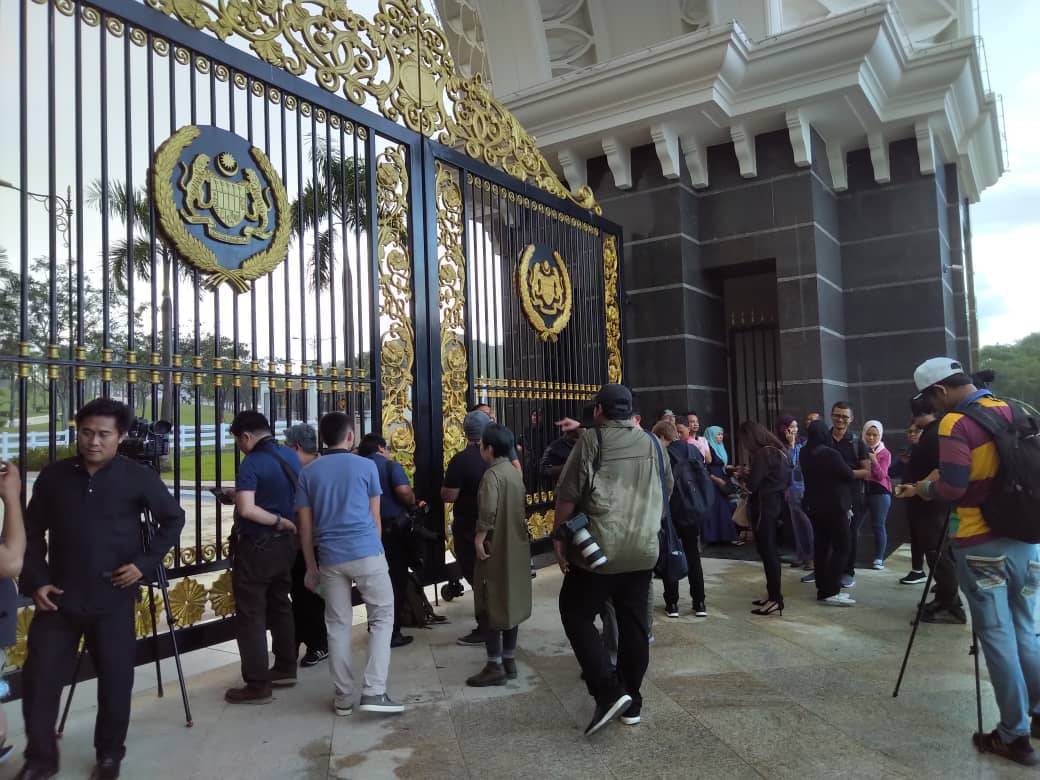 6.50pm: More members of the media arrive at the Gate 1 entrance of the National Palace following talk of the formation of a new government coalition. A light shower that came at 6.15pm was no dampener to the crowd as they sought shelter in front of the concrete arch next to the guard post.

6:46pm: PKR lawmakers, aligned to Datuk Seri Azmin Ali, and Parti Pribumi Bersatu Malaysia party members are trickling into the Sheraton Hotel in Petaling Jaya. Police personnel can be seen stationed in the vicinity of the hotel.

5.40pm: About 20 vehicles consisting of luxurious sedans and MPVs appeared at the palace precinct as members of the media gathered near Gate 1 and Gate 3.