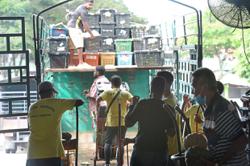 One of the two is a 40-year-old woman who is the sister to the 41-year-old Selangor man who became the first Malaysian to contract the coronavirus earlier this week.

Health Minister Datuk Seri Dr Dzulkefly Ahmad said the woman had direct contact with her brother, when he returned to his village in Sungai Petani, Kedah, for the Chinese New Year celebrations.

“She developed fever and sore throat on Feb 1, and started coughing on Feb 4.

“As soon as her brother was found to be positive, she was traced by the Health Ministry.

“She sought treatment and tested positive for 2019-nCoV on Feb 5.

“Currently, she is at the isolation ward at Hospital Sultanah Bahiyah in Alor Setar and is in a stable condition, ” said Dr Dzulkefly at a press conference here on Thursday (Feb 6).

The 40-year-old’s husband and two teenage sons, however, tested negative for the virus.

Meanwhile, contact tracing for her brother remains ongoing, as the ministry tries to find more people who had been in close contact with the 41-year-old.

“We have reached out to 42 individuals so far and taken samples from them.

“Out of 42,41 have tested negative for the virus, with the sole positive case being the man’s sister, ” he said.

Dr Dzulkefly also said rumours that the man had been to Kelantan for the Chinese New Year celebrations were untrue.

The man did not travel to China recently, either. However, he had a recent business meeting in Singapore, which was attended by delegates from China.

Meanwhile, the other new positive case is a tourist from Wuhan, who arrived in Malaysia on Jan 25 with her mother and three friends.

“She developed symptoms on Feb 1, and went to seek treatment at the Kuala Lumpur Hospital. The doctor instructed her to undergo home surveillance.

“However, daily checks by health officials on her saw that she still remained symptomatic, and was subsequently admitted to the Kuala Lumpur Hospital on Feb 5.

“She tested positive for the coronavirus on the same day, and is currently placed in an isolation ward, ” said Dr Dzulkefly.

Tests ongoing for mum who earlier tested negative for virus 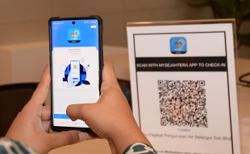