WHO’s global emergency declaration: What does it mean for Malaysia?

Tourists is seen wearing the face mask at Dataran Merdeka to avoid from the novel Coronavirus infections. - AZMAN GHANI / The Star

KUALA LUMPUR: The World Health Organisation declaring the novel coronavirus (2019-nCoV) spread as a global emergency would not affect Malaysia much locally, but it allows countries to follow the WHO's leadership in taking certain measures especially on interaction with affected countries, says an infectious disease expert.

The Health Ministry’s former infectious disease national head Datuk Dr Christopher Lee said that this would include travel policies and restrictions, trade and data sharing, among others – rather than every country taking unilateral, uncoordinated measures.

“Some of the local measures may be unpopular, but the WHO's recommendations help give credence and credibility to these interventions taken by governments, ” he said in an interview with The Star on Friday (Jan 31).

Dr Lee said this when asked what the WHO's Public Health Emergency of International Concern (PHEIC) declaration would mean for Malaysia.

The PHEIC is an extraordinary event that poses a public health risk to other states through the global spread of disease, and it potentially requires a coordinated international response.

Asked about the WHO saying it was not barring trade nor travel, Dr Lee said that there will be pressure from local groups for their governments to “do this or don't do that”, and the WHO's recommendation will guide individual governments implement their policies.

Asked how he views this in the context of dengue, which causes more deaths globally, he said nCoV is a novel virus and it has a droplet and contact spread that can transmit itself very fast, especially in a globalised world.

“It needs urgent reaction at this point as there’s no herd immunity, ” he said.

Asked if it could be airborne in view of an infected Chinese national spreading the infection to a German when the Chinese national had no symptoms, Dr Lee said the mode of spread is not airborne but through droplets or contact.

Although 2019-nCoV has not shown to be as severe as Severe Acute Respiratory Syndrome (SARS), he said that at this juncture, asymptomatic transmission is not believed to be a large factor in viral outbreaks.

Quoting the United States' National Institute of Allergy and Infectious Diseases director Dr Anthoni S. Fauci, he said the driver of an outbreak has always been a symptomatic person.

“An epidemic is not driven by asymptomatic carriers.”

Having said that, Dr Lee added that this does not mean it cannot be spread from asymptomatic persons as more validation is needed.

He also said that it is likely that the nCoV is transmitted similarly to SARS.

“The question is whether someone who has no symptoms is shedding the virus actively during that period, ” he said.

More specific information and data is needed on the German case, he added.

However, countries should focus on the information available, otherwise, all measures will be driven by fear and perceptions, he said.

Since the spread is through droplets, Dr Lee said that the infection control protocol on handling nCov should be similar to that of SARS.

Asked if the nCov a possible mutation of the SARS virus, he said it is not, and it is a different virus but related as more than 80% of the viral genome is similar. It is also from the same family of coronavirus.

The virus that causes SARS is thought to be transmitted most readily by respiratory droplets (when an infected person coughs or sneezes).

The virus can also spread when a person touches a surface or object contaminated with infectious droplets and then touches his or her mouth, nose, or eye(s). 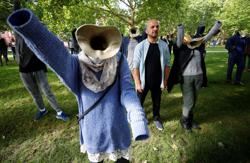 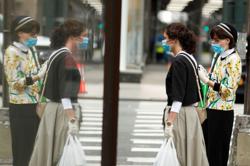