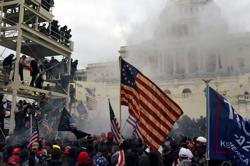 PETALING JAYA: A man has been detained in connection with spreading false or fake news regarding the novel coronavirus (2019-nCoV).

The Malaysian Communication and Multimedia Commission (MCMC) said the 34-year-old was detained in Bangi around 4pm on Tuesday with the assistance of police.

"The suspect was detained for spreading false information on Jan 26 regarding the virus.

"The suspect's mobile phone and SIM card, believed to have been used to upload the fake news on Facebook, were also seized," the commission said in a statement on Wednesday (Jan 29).

The case is being investigated under Section 233 of the Communications and Multimedia Act 1998 which carries a maximum fine of RM50,000 or not more than a year of imprisonment or both upon conviction.

"Such a stern action is taken to ensure that fake news about the virus are not spread by irresponsible individuals that could disrupt public order.

"Spreading news to cause fear and panic among the public can also be investigated under Section 505 of the Penal Code, which carries two years imprisonment or a fine or both upon conviction," the commission said.

The MCMC and police are currently seeking three others for allegedly spreading fake news.

"It shows our seriousness in curbing the spread of false information," it said. 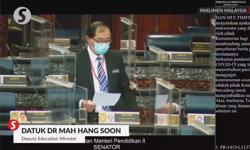