PETALING JAYA: While the full impact of the recent novel coronavirus outbreak on Malaysia’s tourism industry has yet to be seen, history offers some clues as the country has faced a somewhat similar situation before.

In 2003, Malaysia imposed a week-long travel restriction on travellers from mainland China, Hong Kong, Taiwan, as well as Vietnam, among others, following the outbreak of another coronavirus – Severe Acute Respiratory Syndrome (SARS). 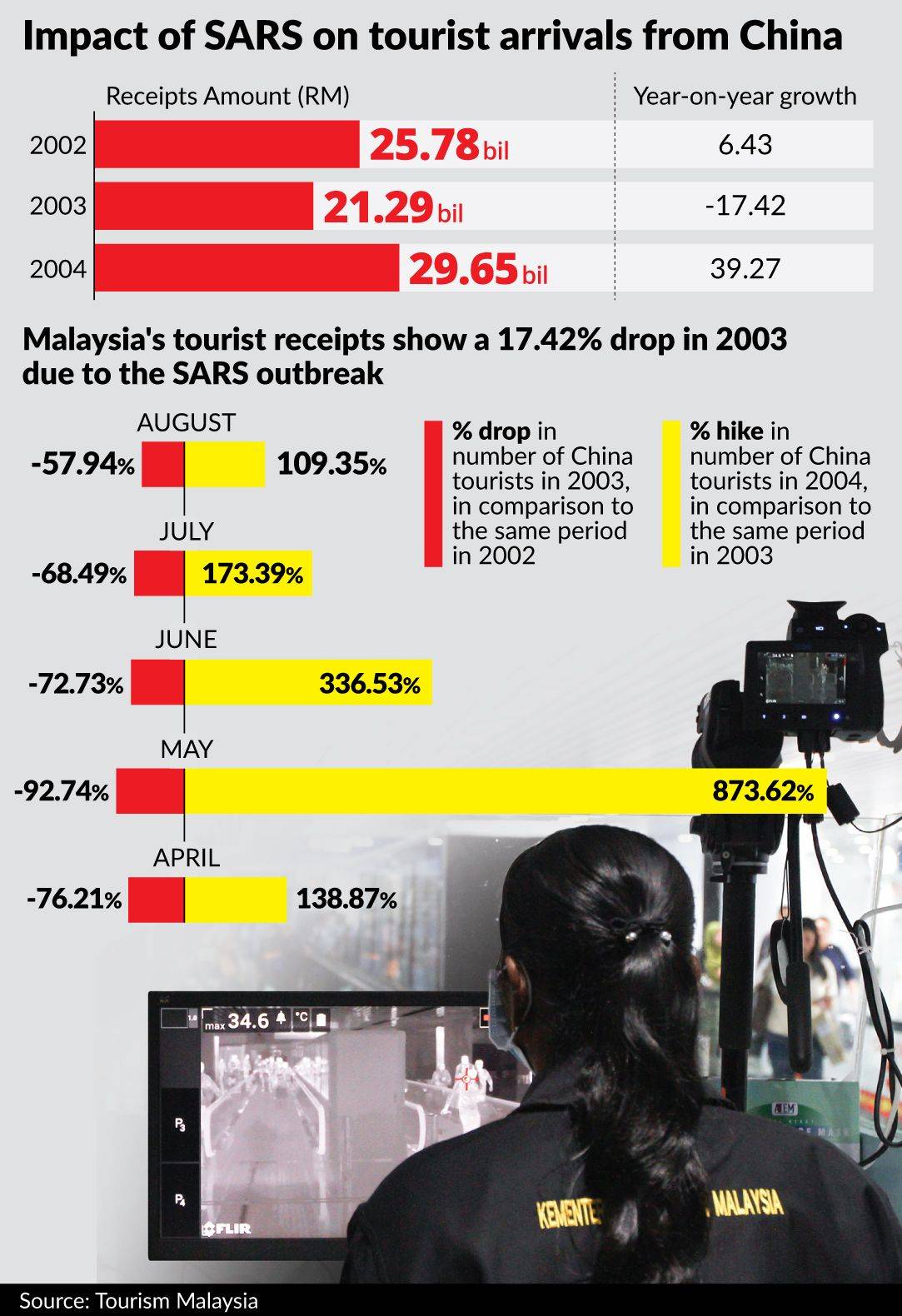 The travel restriction, which was announced by the government on April 10, 2003, was to stem the spread of SARS, which like the current coronavirus, also originated from China.

The restriction was lifted a week later but those from China and Vietnam were required to obtain medical certificates saying that they were SARS-free.

The impact of the 2003 SARS outbreak on Malaysia’s tourism industry – currently the country’s third biggest foreign income earner behind manufacturing and palm oil – would turn out to be significant but relatively brief.

The total number of tourists from all countries to Malaysia fell by a fifth (20.5%) in 2003 to 10.57 million compared to 13.31 million the year before, according to Tourism Malaysia figures.

Apart from a drop in arrivals, Malaysia’s tourism sector also suffered a drop in receipts.

The fall in China tourist arrivals, which started in January 2003, recovered by November.

SARS, which was first detected in November 2002, ended in July the following year when the World Health Organization declared that the outbreak had been contained worldwide.

The SARS outbreak killed more than 700 people with over 8,000 infected in 29 countries.

The novel coronavirus so far has infected more than 4,000 people with 107 deaths and it is not known how long the outbreak will continue before it is contained.

On Monday, the Malaysian government announced that all immigration facilities, including the issuance of visas for Chinese citizens from Wuhan and the areas around Hubei province, would be halted with immediate effect.

Authorities, including the US Centers for Disease Control and Prevention, have cautioned that SARS and the current Wuhan outbreak are not the same.

“There are ongoing investigations to learn more.

“This is a rapidly evolving situation and information will be updated as it becomes available,” the CDC said on its website.

Imported food from China to undergo checks as precaution