He said that the movement of the eight tourists, four of them children, would be closely monitored by the state Health Department.

Aminolhuda, who is also the Parit Yaani assemblyman, declined to reveal the exact location of where the eight were staying or their exact ages and gender.

He also thanked the Singapore Health Ministry for immediately informing Malaysia about the eight Chinese nationals who came into close contact with their countryman who tested positive for the virus in the island republic on Thursday (Jan 23).

“This information channelled by Singapore enabled us to locate the eight tourists at a hotel here.

“The tourists are not being quarantined as they are healthy and there is also no need to quarantine the whole hotel or any of its guests and workers.

“We have conducted clinical tests on the eight tourists and they tested negative for the coronavirus, ” he told a press conference here on Friday (Jan 24).

Earlier, Deputy Health Minister Dr Lee Boon Chye said the eight people, who had entered Malaysia from Singapore, had had contact with the man who was confirmed to have the virus on the island republic.

“They are not patients. They are just being observed in case they develop any symptoms, ” he told reporters during a check on the preparations for handling any virus-related incident at the Sultan Azlan Shah Airport earlier Friday.

It was reported that a 66-year-old Chinese national from Wuhan tested positive for the virus in Singapore.

The man had arrived in Singapore with nine travelling companions on Monday (Jan 20).

Dr Lee said there were no cases in Malaysia so far.

“There were four suspected cases on Wednesday (Jan 22), but all tested negative.

“The Health Ministry will beef up its temperature screening for all passengers at all airports in the country," he said.

Wuhan virus: Eight in isolation in JB after coming into contact with Singapore victim 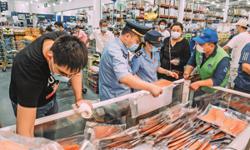 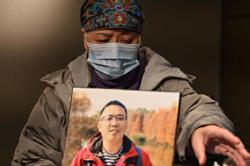