Momota at KLIA, flying back to Tokyo after road accident

SEPANG: Japan's world No. 1 men's singles shuttler Kento Momota has arrived at the Kuala Lumpur International Airport (KLIA) to catch his flight back to Tokyo at 9.40am.

The 25-year-old and his heavily-escorted entourage were seen arriving at the KLIA departure hall entrance in a black SUV at 8.15am before being transported in a buggy to a special room.

Momota had earlier checked into the Sama-Sama Hotel after he was discharged from the Putrajaya Hospital.

He was supposed to have returned to Japan in the early hours of Monday morning (Jan 13) after clinching the Malaysia Masters men's singles title. However, the van he was travelling in met with an accident on the Maju Expressway as they headed for the KLIA. 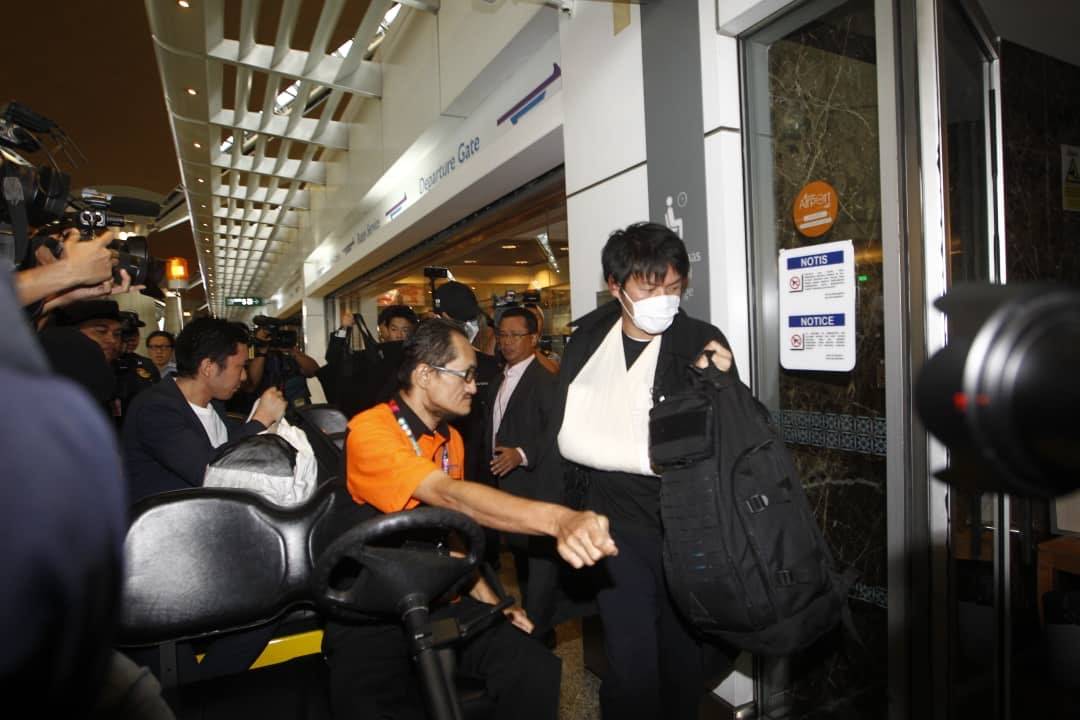 He was taken to the Putrajaya Hospital for treatment.

They were also hurt in the road accident that killed their driver N. Bavan.

DPM gifts madu kelulut to Momota for his recovery

Crash – and a jolt for Kento’s Olympic dreams