Brilliant kids: The team rejoicing after their win in Tokyo.

He said their triumph on the world stage that saw each of the primary school students, some as young as seven, successfully taking home a medal each, had done the country proud.

“We are extremely proud of the impressive success of the students, resulting in Malaysia emerging as the overall champion with the best results of two world champions, six golds and one silver.

“Thus, I would like to take this opportunity to recognise the success of the students, ” he said in a statement yesterday.

Cheah Jor Wii from SJK (C) Perempuan China of Penang won the silver medal in the championship that was held on Dec 28 and 29 last year.

The Olympiad is basically a math exam where participants are tested on logical thinking, arithmetic/algebra, number theory, geometry, and combinatorics, according to their own grade. — Bernama 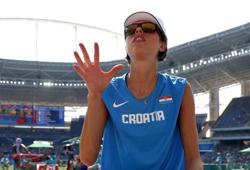