PETALING JAYA: The RM1,200 minimum wage has been gazetted by the government, and will take effect across 56 council and municipal council areas.

The gazette, which was released by the Human Resources Ministry on Jan 10, stated that the Minimum Wages Order 2020 will take effect on Feb 1.

It noted that the minimum wage rates payable to an employee who works in a place of employment in any city council or municipal council area would be RM5.77 an hour, or RM1,200 monthly.

The gazette noted that the minimum wage rate payable to an employee who works in areas other than the 56 council and municipal council areas would be paid RM5.29 an hour, or RM1,100 per month.

The gazette also said those who are not paid basic wages but are paid based on piece rate, tonnage, task, trip or commission must not be paid lesser than the respective stated minimum wage.

The gazette noted that the order will not apply to domestic workers. 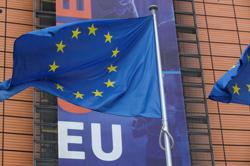