No to designated smoking zones

KUALA LUMPUR: Some 56 non-governmental organisations protested against the government’s plan to allow designated smoking zones, saying that it is “contradictory” to the government’s anti-smoking efforts.

The NGOs, some of which are professional health bodies, said while they were not against providing places where smokers can dispose of their cigarette buds, the special smoking areas would make it seem that the government is “normalising” the smoking habit.

“The whole of Malaysia is a ‘smoking zone’ except for the 23 types of prohibited areas, such as food outlets, hospitals, government offices and commuter stations.

“So, it doesn’t make sense, and it is a waste of taxpayers’ money, to designate smoking zones.

“In other countries, it is different. You can’t smoke anywhere (in public), except at the designated smoking areas, ” he said at a press conference at the National Cancer Society Malaysia office yesterday.

He gave examples of how the entire Orchard Road area in Singapore was declared a no-smoking zone, and public smoking was banned in some areas of New York, and the cities of Beijing, China and Davao, Philippines. 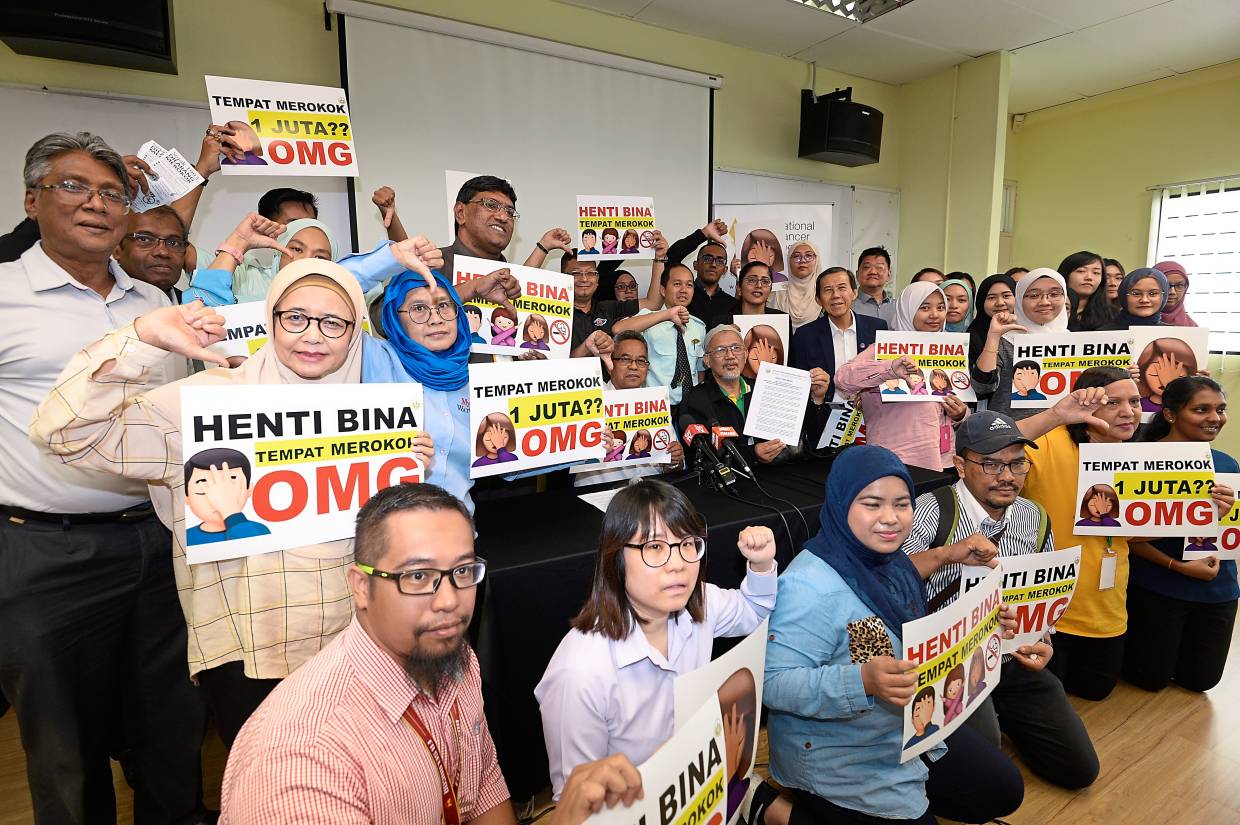 Thumbs down: Members from some of the 56 NGOs holding signs against the government’s plan to allow designated smoking areas outside eateries and in public areas.

Malaysia, he said, had already been building up a momentum towards de-normalising smoking, and positive changes compared to decades earlier could be observed.

“We have the momentum, and we want for it to continue to achieve its final goal, which is for Malaysia to be smoke-free by 2045, ” he said.

He said the RM1mil set aside for 155 local councils to erect smoking zones in public areas could be used instead to set up clinics to help smokers kick the habit.

On Tuesday, Housing and Local Government Minister Zuraida Kamaruddin said restaurateurs were allowed to build designated smoking areas 3m away from their eateries at their own cost.

Malaysian Council of Tobacco Control deputy president Shaari Ahmad Junid said the gazettement of smoking and non-smoking zones should not be under the purview of the Housing and Local Government Ministry.

“If we follow the rule of law, then every agency will have to abide by their respective jurisdiction.

“I believe it is the Health Ministry’s jurisdiction to oversee tobacco control.

“Even the setting up of smoking rooms at the airports have to be gazetted by the Health Ministry.”

Other organisations which signed the official complaint include the National Cancer Society Malaysia, Federation of Malaysian Consumers Associations and Asthma Malaysia. 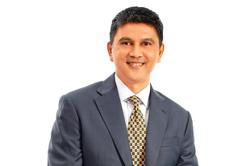 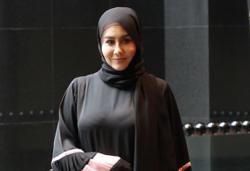