Cops nab man, 30, for assault with parang, on the hunt for second suspect

SUNGAI PETANI: Police have arrested a 30-year-old man for assaulting a man with a parang at Taman Keladi here on Tuesday (Dec 17).

Kuala Muda deputy OCPD Supt Shamsudin Mamat said the suspect was arrested at a nearby area at about 10.30pm, after police mounted a manhunt to locate two suspects who attacked the victim at a house in the housing area.

Supt Shamsudin said police are now tracking another suspect, who was also believed to be involved in the fight.

In the incident that occurred on Monday (Dec 16) at about 8.30pm, the 29 year-old victim was busy repairing a motorcycle in his parents-in-law's house, when the suspects approached him angrily.

Supt Shamsudin said the victim, who saw the suspects barging into the compound carrying a parang, ran into the house and locked himself in the toilet.

"Both suspects chased the victim into the house and one of them broke the door knob of the toilet, and slashed the victim with a parang.

"The victim tried to shield himself from the attack and was slashed at his hands," he said in a statement on Wednesday (Dec 18).

Supt Shamsudin added that the victim's in-laws tried to stop the suspects from attacking the victim and even scolded the suspects.

However, one suspect elbowed the victim's father-in-law and pushed the mother-in-law to the ground before fleeing from the scene.

Initial investigations revealed that both suspects knew the victim as they live in the same area in Taman Sinar Mentari, Bedong, and the attack was related to a police report lodged by the victim who had reported that the suspects threatened him at his house before this.

Supt Shamsudin said the victim suffered serious injuries to his left hand and has been sent to Hospital Sultan Abdul Halim in Sungai Petani for treatment.

"The victim is in stable condition and currently receiving further treatment at the hospital," he said.

The case is being investigated under Section 326 of the Penal Code for voluntarily causing grievous hurt with a dangerous weapon. 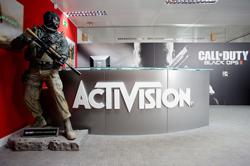 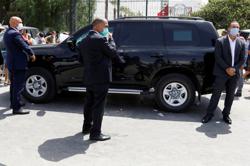