Spam calls up by nearly a quarter in Malaysia: anti-spam mobile app Truecaller 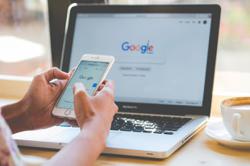 PETALING JAYA: Malaysia has seen a 24% rise in the number of unsolicited (spam) calls this year which includes those from Macau Scam syndicates, according to anti-spam mobile application Truecaller.

Truecaller - which claims to have 150 million users worldwide – said its one million daily active users in Malaysia received more than 90 million spam calls so far this year that the app managed to block.

The report said Malaysia ranked 19th among Truecaller market countries in terms of the number of spam calls. Brazil tops the list, with Truecaller users in the country getting an average of 45.6 spam calls this year.

Spam calls are divided into several categories which include scam calls such as those by the Macau, parcel and "Astro scam" syndicates.

Other types of spam calls include those by telemarketers offering telecommunications, insurance and credit card products and services.

The MO for a Macau scam is that the scammer would impersonate someone with authority such as a policeman or a bank officer over the phone and convince the victim that they need to pay money to avoid trouble.

For parcel scams (which are also sometimes referred to in Malaysia as love scams), the scammer would strike up a friendship or relationship with the victim online and then convinces them to send money or entice the victim with a parcel delivery.

In the "Astro scam", someone impersonating a representative from the satellite tv provider would call to warn the potential victim of a supposedly unpaid bill which needs to be settled immediately to prevent a report from being lodged.

The Truecaller report noted that Malaysia is the top country where the biggest percentage of unsolicited phone calls comprises of scam calls.

"Analysing this year’s data, we can see that Malaysia is the market that receives the biggest percentage of scam calls in the world.

The Truecaller report said that other than Malaysia, other top countries with the highest percentages of scam calls include Australia (60%), Lebanon (49%), Canada (48%) and South Africa (39%).

The police have a Facebook account, Cyber Crime Alert Royal Malaysia Police to warn the public about scams, as well as a portal for people to verify telephone numbers and bank account numbers that could be used by syndicates carrying out such scams.
Article type: metered
User Type: anonymous web
User Status:
Campaign ID: 46
Cxense type: free
User access status: 3