Giving a helping hand: Ahmad Zakiyuddin (in white) and Salem (right) handing over the mock keys of Selasih Court apartments to villagers of Kampung Mutiara in Batu Feringghi.

GEORGE TOWN: A total of 75 villagers of Kampung Mutiara in Batu Feringghi here are among those whom UDA Holdings Bhd is assisting to improve their standard of living.

UDA is an agency under the purview of the Entrepreneur Development Ministry.

Through its subsidiary of UDA Land North Sdn Bhd, it recently handed over the keys to temporary residential units in Selasih Court to the 75 villagers.

The handover ceremony was held at the courtyard of Selasih Court in Tanjung Tokong yesterday.

Salem said the bumiputra participation coordination division of the Prime Minister’s Department had invited UDA to submit a proposal for the development of Kampung Mutiara, which affected 75 villages residing there.

“As an implementing agency of the government, UDA took steps to provide temporary homes at its own expense for the affected residents of Lots 39 and 40 in Kampung Mutiara.

“For this project, UDA played a crucial role in resolving the resettlement issues of the villagers of Kampung Mutiara and the surrounding areas,” he said.

At the same time, UDA has the opportunity to develop affordable housing such as apartment and condominium units.

The funding for the project is partially through the Federal Government via a soft loan, while UDA will raise the rest.

The project is expected to take four years to be completed.

“The 400 units of flats are to be allotted for free to residents of Kampung Mutiara, Kampung Che Ahmad, Kampung Din Bamboo and Kampung Kubur, who have been identified according to guidelines set by the Penang state government,” said Salem.

He added that residents of Kampung Mutiara and the surrounding area would receive a more organised and comfortable 800sq ft unit.

Salem hoped that this joint venture project would shed new light on UDA to both the residents and the public. 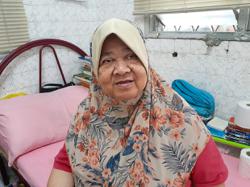 Living in a care home is not that bad, say some seniors 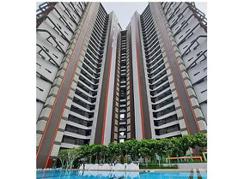 RISE OF A NEW LANDMARK