Muhammad Akmal Zuhairi, 23, also admitted that Zulfarhan screamed in pain every time he did it, but the victim did not fight back.

He made the confession when cross-examined by deputy public prosecutor Julia Ibrahim in the trial before Judge Azman Abdullah on Monday (Nov 4).

However, Muhammad Akmal disagreed with Julia's suggestion that he also placed the hot iron on other parts of Zulfarhan’s body.

To a question by Julia that he only applied lotion to treat the wounds on Zulfarhan from May 23 to 26,2017, he said,"Yes".

Muhammad Akmal said he also took Zulfarhan to the As-Salam Clinic in Bandar Baru Bangi on May 27,2017, but did not take him to the UPNM Clinic then because it was during the semester break.

"While at the clinic, I, Muhammad Afif and Abdoul Hakeem Mohd Ali (both are also accused in the case) also went into the treatment room. There was no letter from the doctor to refer Zulfarhan to a hospital," he added.

He disagreed with Julia who put to him that there were 90 scars due to hot iron on Zulfarhan’s body and 18 of them were by him.

Julia: When the hot iron was placed on Zulfarhan, did you try to stop it?

Muhammad Akmal also admitted that as a cadet officer and student of the university, his action was wrong and against the law.

He told the court that he did not lodge a report to the top management of the university that Zulfarhan stole the laptop after he (Zurfarhan) apologised and confessed to taking it and also requested for some time to replace the laptop.

Julia: I put it to you that you did not report the matter because you know what you did to Zulfarhan was wrong and action could be taken against you.

Muhammad Akmal: I disagree. Normally at UPNM, nothing happens.

Julia: So, the culture there is that when you hurt others, nothing happens, steal a laptop, one gets expelled. Is that what you meant?

When re-examined by his lawyer, Amer Hamzah Arshad, Muhammad Akmal said he took Zulfarhan out of UPNM for treatment at the clinic because he wanted to know the condition of the injuries on the body.

To another question from Amer Hamzah whether he apologised to Zulfarhan for his actions and Zulfarhan’s condition then, Muhammad Akmal said he did apologise to the victim for placing the hot iron on him.

"Zulfarhan’s condition was good and some of the wounds were healing," he added.

Amer Hamzah: Can you explain why you disagree with the prosecution that you and your friends took turns to place the hot iron on the victim?

Muhammad Akmal: Because I did not see them doing it using an iron. After what I did, I went to the toilet and then out to smoke.

On July 31, the High Court ordered 18 UPNM students to enter their defence on charges of murdering and injuring Zulfarhan Osman Zulkarnain.

The charges against the accused were made under Section 302 and 109 of the Penal Code, which carry the mandatory death sentence upon conviction.

The six, along with 12 others, were also ordered to enter their defence on charges of injuring the victim.

They are charged with voluntarily causing hurt against the victim for the purpose of forcing the latter to admit to the alleged theft of a laptop, according to Section 330 of the Penal Code, read together with Section 34 of the same Act, which imposes a maximum imprisonment of seven years, and a fine, upon conviction. 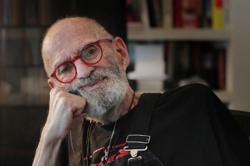 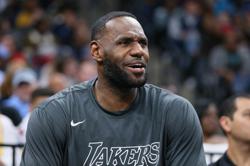