It's not just about an increase in salaries - it's purchasing power that matters.

COMPARING the national inflation rate to the growth of salaries over the past year, households should see an increase in income says the Human Resources Ministry.

“The inflation rate has been quite low over the past year.

The latest DOSM statistics show that inflation from August 2018 to August 2019 rose by only 1.5%.

However, the ministry notes that even with a lower inflation rate, those at the bottom would still find it a struggle to cover their cost of living. Theoretically, the lower inflation rate in comparison to the increased percentage of salaries indicates that Malaysians should be financially stronger.

Nevertheless, public perception is that the numbers do not reflect reality.

"If you think about purchasing power rather than salary, or in other words post-tax take home income, I think a lot of the consumer anxiety has come from taxes – in particular the Sales and Services Tax (SST), which is very visible. There has also recently been some news about the government reintroducing Goods and Services Tax (GST), which I think has also caused some consumer anxiety. So this could be affecting sentiments as well," says Asia School of Business (ASB) assistant professor of Economics Dr Melati Nungsari.

Furthermore, the Consumer Prices Index (CPI) which measures the cost of a fixed basket of consumer goods and services and is used to gauge inflation, is often taken as an indicator but is not synonymous to the cost of living.

For example, the CPI does not include movement in asset valuation such as the changes in house prices.

According to Bank Negara Malaysia’s Annual Report 2018, in a situation where the dispersion in spending patterns and price changes are large, the inflation rate could be a weak approximation of the change in cost of living.

In June, Finance Minister Lim Guan Eng announced that the government is currently designing a Cost of Living Index to complement the existing CPI for a more wide-ranging outlook.

To mitigate adverse economic impacts, the Human Resources ministry notes that some basic goods and services like certain types of food, public transport, public healthcare and utilities are put under price controls. It adds that welfare and social safety net programmes have also been introduced to provide assistance to vulnerable individuals.

“However, there are other things that are less well provided for such as housing and transport, ” it acknowledges.

“There are programmes sponsored by the government, firms, and also self-improvement programmes that can help employees become more valuable, ” it says.

The Ministry also encouraged using apps that can assist with training and skill upgrading, online self-improvement and certification courses.

Upskilling is the way forward

The growth of wages should be linked to the productivity growth and performance of workers, in addition to a company's ability to pay more, says the Malaysian Employers Federation (MEF).

This means that Malaysian employees will need to work towards diversifying their skill sets, says its executive director Datuk Shamsuddin Bardan.

“From the perspective of employees, there is a need to upgrade skills especially through certification. Employees need to be multi-skilled to enable them to earn a higher income, ” he elaborates.

"Employers need to invest more on higher technology so that operations can be more efficient. With more skilled employees combined with the usage of more efficient technology, operations will be more productive and employers will then be enabled to reward the employees based on the sharing of the proceeds from higher productivity."

Shamsuddin explains that based on these premises, the higher income paid to employees will not hurt the employers’ cost of doing business nor adversely impact the competitiveness of the organisation.

He warns that if wages are increased without corresponding increase in productivity, the cost of doing business will be higher.

“If the additional costs are passed on to consumers, it would further compound the prices of goods and services, resulting in an uncontrolled vicious cycle of price increases," he says.

“While it is commonly cited that slow wage growth has resulted in families struggling to meet their expenses, it is also important to point out that the issues of increasing cost of living revolves around a number of contributing factors."

Among the variables he raised were the changing of taxation systems from the Goods and Services Tax (GST) to the Sales and Service Tax (SST), the weakening value of Ringgit throughout the past decade, the surge in property prices, increasing food prices and choice of lifestyles.

Furthermore, Shamsuddin adds that there is a disconnect between what is reflected by the consumer price index (CPI) and the reality of the situation faced by consumers.

"The government needs to really put in place measures to control the increasing cost of living. Even though the increases in the cost of living as measured through CPI which is less than 2% in recent years, the real cost paid by consumers for products and services have increased tremendously," he says. 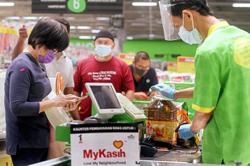 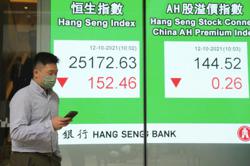