Fifty NGOs call for total ban on e-cigarettes and vaping

KUALA LUMPUR: Fifty associations and NGOs throughout the country have signed a memorandum, urging the government to impose a total ban on the use of electronic cigarettes and vaping immediately.

In a joint statement, it said that the proposal to ban the products had been made to the government since 2015, when vaping was at its peak, but the Cabinet then decided to regulate the product to give opportunity for entrepreneurs to abide by the rules, it said.

"Unfortunately, the regulations were not adhered to. These days, we find sales, marketing and promotion of vape and nicotine containing liquid in our country is rampant and excessive.

"This has led to people who have never smoked, such as women and school children becoming addicted to nicotine and vaping.

"We, representing thousands of members comprising parents, teachers, social community health enthusiasts and various medical specialties, urge the government to totally ban electronic cigarettes and vape in the best interest of the public," it said.

The statement was read out by the Malaysian Council for Tobacco Control (MCTC) vice president Shaari Ahmad Junid during a press conference on Thursday (Oct 24).

The 2016 Tobacco and E-cigarette survey among Malaysian adolescents study estimated that 300,000 school students were vape users, it said.

"The general assumption that vaping is safe has led to the increase in its use. "In reality, there are increasing evidence this is the contrary," it said, citing concerns that the vapour contain heavy metals from vaporisation processes and vape components.

It also said that there was no strong evidence supporting the use of vape as a method to quit smoking.

The high nicotine content, in addition to the rapid delivery mechanisms, cause individuals who vape to be constantly exposed to nicotine addiction, it said.

In fact, there had been reports of vape being used as a medium of illegal drug use, it said.

"This has not only made combating drug addiction difficult, but also the enforcement of detecting illegal drug users," it said.

A survey found that the majority of vapers to be Malay Muslims and the National Fatwa Council in 2015 had deemed e-cigarette and vape use as "haram," it said.

It said that vape use is a public health threat causing worldwide concern and 43 countries had to date, banned vape use in their countries, including Thailand, Singapore, Brunei and Cambodia.

"There is no reason for Malaysia to continue to allow this.

"A complete ban by the government will shut the doors of illegal vape sale through the black market, as opposed to being legalised and regulated, as some of these products will be sold via online websites and social media platforms that will be difficult to monitor and regulate," it said.

The economic benefits of certain groups was not an excuse to gamble on the future of the younger generation, it said.

Malaysia has a strategic plan to have an endgame to tobacco use - by 2025; it targets to bring down to only 15% prevalence of smoking/tobacco use and less than 5% by 2045, and allowing vape use would disrupt this plan, he said.

Asked why cigarette smoking was not totally banned, Shaari said that it had became too big before governments found out that tobacco use was harmful, but vaping was still in its infancy and should be nipped in the bud. 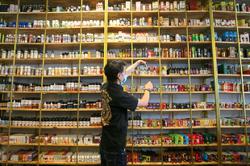