KEPALA BATAS: A woman lost RM40,000 when she was conned by a syndicate that duped her into investing in a get-rich-quick investment scam.

The 37-year-old factory worker saw a Facebook advertisement about the investment scheme in September, which promised a quick and high investment return.

According to Seberang Prai Utara OCPD Asst Comm Noorzainy Mohd Noor, the victim had sought more information about the scheme through WhatsApp and was given a phone number to call.

"When she called, an agent claiming to be from a company called GenesisBusiness, offered her a get-rich-quick scheme and claimed that he had assisted many people with their financial problems.

"She was promised she would get her investment profit on the same day she banked in the money," he said in a statement on Sunday (Oct 13).

He said the victim, from Kepala Batas, made nine transactions from Sept 18 to Sept 26 into a local bank account owned by the alleged company's accountant.

Noorzainy said after the transaction was made, the victim was asked again by the suspect to invest more money.

He said the victim, realising that she has been cheated, refused to add more money after the agent gave various reasons when she asked about the investment returns.

He added that the police investigation is still ongoing and police are working to find the details on the suspect's account.

"The case is being investigated under Section 420 of the Penal Code for cheating," he said.

He also advised the public not to be duped by syndicates that prey on their victims through scams and advertisements on social media. 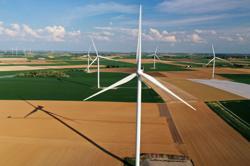 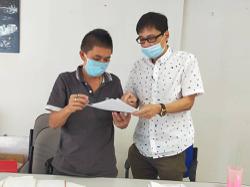