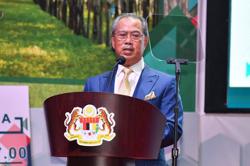 Finance Minister Lim Guan Eng said the government will also allocate RM100mil for the Rubber Production Incentive in 2020 to enhance the income of smallholders faced with low rubber prices.

"At the same time, the government is disappointed by the anti-palm oil campaign launched by the European Union and the United States," he said when tabling Budget 2020 in the Dewan Rakyat Friday (Oct 11).

Budget 2020, themed "Driving Growth and Equitable Outcomes towards Shared Prosperity" is the Pakatan Harapan government's second budget after taking over Putrajaya in May 2018.

Lim added that the government will continue to support the smallholdings industry by taking various steps to look after the welfare of smallholders.

For the Federal Land Development Authority (Felda) community, he said the government will allocate RM810mil for their welfare.

Of the figure, RM250mil is for an income enhancement programme benefiting 11,600 settlers while RM300mil to write off the interest of settlers' debts.

He said RM100mil will be for Felda water supply projects and RM70mil for housing the new generation of Felda settlers.

"RM90mil is for the upgrading of Felda roads and basic infrastructure," said Lim.

Separately, the government will provide RM738mil for Risda and the Federal Land Consolidation and Rehabilitation Authority (Felcra) to implement various income generating programmes that will benefit more than 300,000 Risda smallholders and 100,000 Felcra participants. - Bernama

New 'special channel' to speed up FDI from China 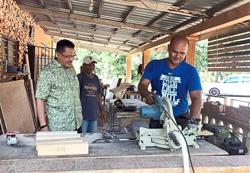