Get women back into the workforce, boost your per capita income by 26%, says World Bank report

PUTRAJAYA: Removing all economic barriers for women in Malaysia could increase the country's per capita income by 26.2%, a World Bank report has found.

In a report titled “Breaking Barriers: Toward Better Opportunities for Women in Malaysia”, it was found that while girls performed better in schools, the female labour participation rate is still low with women comprising only 39% of the workforce compared with men, who represented 61%.

It also identified the lack of accessible and affordable child and elderly services as some of the main constraints keeping women away from the workforce.

Deputy Prime Minister Datuk Seri Dr Wan Azizah Wan Ismail, who officiated at the launch of the report, said the Women, Family and Community Development Ministry is looking into the issues that are preventing women from participating in the workforce.

“This is a necessity for our nation that is undergoing demographic change.

“While we have steadily increased the female labour force participation since 2010, there remain significant gaps between men's and women's economic opportunities, ” she said.

Dr Wan Azizah, who is also Women, Family and Community Development Minister, said the recently completed Gender Mainstreaming Framework will soon be recommended to be used in all ministries and government agencies.

The framework comes under the Gender Action Plan which aims to recommend how gender perspectives and gender targets are to be integrated into all government planning and budgeting.

The framework, which was jointly drafted by the ministry and the United Nations Development Programme, is being reviewed by her ministry and will be presented to other ministries soon. 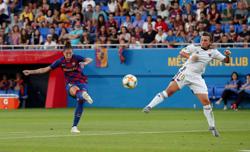 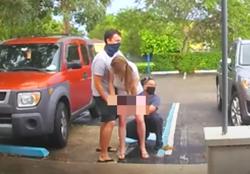