A walk on the ‘wild’ side

PETALING JAYA: With a wide variety of flora and fauna, Malaysia has numerous environmental organisations advocating for the protection of its rich biodiversity.

The Ecotourism & Conservation Society of Malaysia (Ecomy) is doing just that but with a different spin as they specifically promote ecotourism.

Its founder Andrew Sebastian said while there were many groups championing environmental causes, there was no organisation in Malaysia which was promoting ecotourism.

The reason Ecomy decided to do so, he said, was that they believed more people would want to protect the country’s natural beauty once they got to know more.

“People who are not aware of how beautiful our landscapes are and our local community products won’t be moved to protect nature. It’ll just be lip service.

“One of our missions is to go out there and try to develop an army of naturalists or nature guides, so that anywhere you go to visit, there will be people who are able to take you for a walk.

“They can explain what is so beautiful about a plant or the landscape around you,” he said. 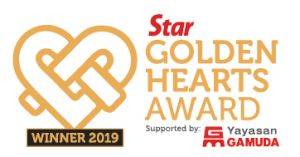 To achieve its goal, Ecomy organises projects to educate people about the country’s natural environment.

Some of its signature projects include the International Hornbill Expedition, which will provide visitors a chance to see the 10 hornbill species in the Royal Belum State Park, Perak.

It also runs the Vale Eco Centre, which is an educational centre in the Teluk Rubiah forest in Perak.

Ecomy will be co-hosting the 10th Asian Bird Fair 2019, which will be held in Kuching for the first time.

Sebastian said ecotourism presents a potentially huge sector for Malaysia, especially as it is one of 12 mega-diverse countries in the world.

“We have a lot to offer, be it the landscape on the islands or underwater, the mountains, the mangroves and big rivers.

“Malaysia has so much potential in ecotourism but it is still very under-developed, under-exposed and under-promoted. We are still lagging behind many countries in this sector,” he said.

He said ecotourism doesn’t only cater to a “niche market” as many other countries such as Costa Rica, Peru, Ecuador and Thailand were doing well from promoting their ecotourism products.

Sebastian said that more awareness campaigns and a strong policy were needed to boost the ecotourism sector.

“It is very easy to put the word ‘eco’ in the branding of many products such as ecotour or ecohotel.

“There are many people who are trying to follow the principles of ecotourism but a lot of them fall short. In its truest form, ecotourism actually means sustainability.

“It means going to a specific natural area, enjoying it, letting the local communities benefit and coming back and telling the world. It does not do any harm to the products which it is highlighting,” he said.

Ecomy also works on projects, which will not only showcase the rich biodiversity of Malaysia but also benefit local communities.

An important initiative is the Kampungku project, in which mobile solar lights are installed in Orang Asli villages throughout the country. 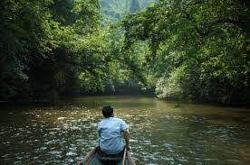 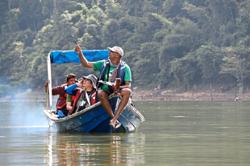 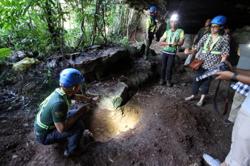