He said the award, which is into its fifth edition, had grown from strength to strength in recognising individuals, groups and organisations that contribute towards promoting unity among Malaysians.

The media, he said, had a responsibility to help “shape the nation” and this award did exactly that by highlighting people who worked towards uniting Malaysians.

“We are doing something concrete by walking the talk in promoting unity.”

He paid tribute to the winners, saying that they were “living proof that everyone can effect change for the better and that Malaysia is not short of everyday heroes.”

“By sharing their stories, we want their acts and the act of doing good to be contagious, to be replicated by even more heroes in the country, because ultimately, kindness and caring for one another are what bind us together as a nation, ” he added.Recounting how the award started, he said: “Five years ago, The Star embarked on a search for Malaysia’s unsung heroes. Basically, anyone with a heart of gold.

“Through the years, Malaysians responded. And this year, the response was even more overwhelming.

“This is a testimony that Malaysians are caring and always ready to help one another irrespective of background. Worthy recipients: The top 10 winners of Star Golden Hearts Award together with chief judge Lee (back row, fifth from left) and fellow panel judges posing after the awards presentation ceremony at Menara Star. With them are Star Media Group Bhd chairman Fu (back row, middle) and chief executive officer Andreas Vogiatzakis (in red).

“And from what we have seen, not only has the nominations multiplied in the hundreds, but the types of causes represented are also very diverse, ” he said at the award ceremony here yesterday.

The causes, he said, showed the different needs and challenges faced by Malaysian society these days. “This is where The Star comes in. As a media organisation, we often have first-hand knowledge of the needs and wants of Malaysians, including from vulnerable and marginalised communities.

“While the effort to extend assistance from Star Foundation or fundraising continues, we also want to recognise Malaysians who lend a hand, pay it forward, and go beyond the call of duty for their fellow Malaysians.

“This is how the Star Golden Hearts Award serves as a platform for effective private-civil society partnership in addressing the people’s needs, which is closely aligned with the aspirations of The Star as The People’s Paper, ” he said.

Tan Sri Lee Lam Thye, who is the chief judge, said the award had grown from strength to strength with over 400 nominations received this year – more than double that of last year.“This is a good indication that Star Golden Hearts Award has captivated the attention of Malaysians who want to recognise their unsung heroes.

“This also proves that we are not short of everyday heroes – Malaysians who look beyond colour and creed to create a better society, ” he said in his speech.

He lauded the unsung heroes as the “epitome of national unity”.

“These winners are proof that Malaysians are inclusive and want to uplift one another irrespective of ethnicity and background. To them, being human comes first, ” he said.

Lee said it was critical that initiatives like this were continued in order to remind Malaysians about the importance of unity and to counter other negative news.

“In our increasingly diverse society, everyone has a role to play in ensuring the nation’s peace and harmony.

“If every Malaysian can embrace the concept of ‘being human first’, differences and diversity will not be seen as a polarising factor, but instead, add colour to our already colourful fabric of society, ” he said.

Calling the winners “a source of inspiration, ” Lee said their stories deserved to be told and hoped the award would spur them further.

Lee congratulated Star Media Group, Star Foundation and Yayasan Gamuda, saying that such an initiative should go on to promote kindness and unity. 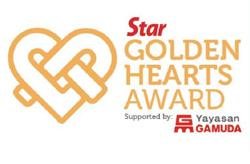 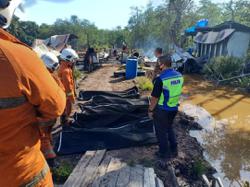