KUALA LUMPUR: Khazanah Nasional will sell off its assets which are not useful to pay off its debts but not everything, said Prime Minister Tun Dr Mahathir Mohamad.

He said this was pending a decision on whether the sovereign wealth fund would be selling all of its assets.

“They are just studying it whether they should, but no decision has been made, ” he said, adding that it was better for Khazanah to sell assets which were not useful.

“Those that are not useful to us, we will sell to raise funds to overcome our debts.

“We must remember that the previous government borrowed more than RM1 trillion. That is a burden for us because they borrowed and the money isn’t invested but it is hidden.

“If the money is invested, we can go to the company and get back the money or whatever, but we don’t know where the money is. So, at the moment we have to pay from our taxes or sell assets to pay our debts.

“That is the burden left by former premier Datuk Seri Najib Razak. Now, he talks a lot but all these things were carried out by him, including buying ships from China. He’s the one that bought, ” said Dr Mahathir.

He was speaking to reporters after launching the Heritage and National Culture Charter during an event at the Islamic Arts Museum Malaysia, co-organised by the Albukhary Foundation and Budi Foundation here yesterday.

He also reiterated that he had created Khazanah to buy shares allocated to the bumiputra but they went beyond that.

“This isn’t the original mandate for Khazanah but now, we are trying to go back to the original objective, ” he added.

On another issue, Dr Mahathir said the East Coast Rail Link (ECRL) would continue as planned unless the company could negotiate with China, adding that it was also up to the Malaysian Anti-Corruption Commission (MACC) to investigate the ECRL.

He said if the company could renegotiate the deal and suspend the project, he was willing to follow.

“ECRL has to negotiate. If they are willing to negotiate with the Chinese and tell me that they can suspend, I will follow them, ” said Dr Mahathir.

He was asked to respond to prominent economist Prof KS Jomo calling on the government to re-look the ECRL project after a witness in the 1MDB trial testified in court that the project was a possible bailout.

Jomo had said that the Federal Government must not be complicit in continuing to cover up what the previous administration had been trying to do with public funds.

He also said the government would have to continue subsidising the railway unless this was built to be left unused, which would defeat the purpose.

“That is his (Jomo’s) thought but the Chinese government has not told us anything.

“Well, it may have a contract to construct it and as you know, we have reduced the scope and the cost. That’s for them to investigate; we don’t ask them (MACC) to do anything, ” he said. 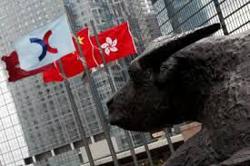 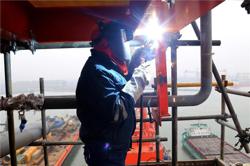 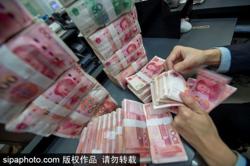