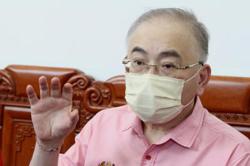 Ambitious project: Lim (right) and volunteer Mercy Yap with the list of ethnicities in Malaysia and portraits of Malaysians.

PETALING JAYA: Malay, Chinese, Indian. These are the ethnicities that are commonly named in Malaysia while the rest are classified as “Dan Lain-Lain”. Very rarely would Malaysians themselves know about all the rich, diverse cultures that come under the “Dan Lain-Lain” category.

The Rojak Nation project is trying to change all that.

An initiative by the Rojak Projek organisation, it attempts to list down the multifarious ethnic groups in Malaysia.

The enterprise sounds simple, but it was a Herculean task to document the various cultures and races in whole Malaysia.

Rojak Projek co-founder Faye Lim said the idea was sparked from her travels throughout Malaysia in 2016.

“We were out to find as many Malaysian food as we could in our journey, under our initiative ‘Rediscovering Each Other’.

“The point was to understand the cultures in each state and discover elements of unity and ‘rojak’ embedded in our local architecture, languages, people and many other areas, ” said Lim, 29.

However, the team did not just let it rest at that.

Lim was determined to keep the dialogue going by spreading more awareness of the many ethnic groups in Malaysia – beyond the three commonly named.

The list, she said, is a growing one as there may be other ethnic groups that have not been included yet, or there may be unintentional errors that may need to be corrected.

“Our ultimate aim as a nation should be to overcome ignorance and help our nation to know each other better, ” she said.

Many Malaysians, especially those who come under the “Dan Lain-Lain” category, have backed the project.

Anne Antah, 44, has been helping Lim to record the different ethnicities in Sabah and to connect her to other people for her project.

Anne, a Chinese-Kadazan who founded the Chanteek Borneo Indigenous Museum, said that many Malaysians are still not aware about other ethnic groups besides their own.

“The children in Malaysia should be taught that besides the three main races of Malay, Chinese and Indian, there are more than 50 ethnic groups combined together from Sabah and Sarawak.

“The ‘Dan Lain-Lain’ label makes me feel like I am less Malaysian. It feels like our presence and significance are less important to the country, ” she said.

For the 26-year-old illustrator, a multicultural and “rojak” identity is part of being a Malaysian and such diversity should be celebrated.

“We shouldn’t feel ashamed of our ‘rojak-ness’. By acknowledging and celebrating our unique multicultural identities, we’re not only growing as a nation, but as human beings.

“Being ‘Dan Lain-Lain’ feels confusing at times, especially while filling up forms. There isn’t any other box to represent my culture except the three default boxes, ” he said. 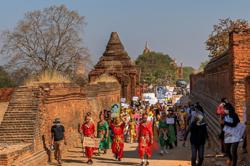 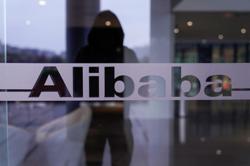