PETALING JAYA: Despite some hiccups, the cloud seeding operation was conducted successfully with rain reported over several areas in Selangor, Negri Sembilan and Melaka.

“Although the rainfall was not as comprehensive as expected, we are glad the operation was fruitful, ” he said.

The operation was led by the department’s atmospheric science and cloud seeding division, together with personnel from the Royal Malaysian Air Force (TUDM) and National Disaster Management Agency (Nadma).

It is learnt that the team ran into problems in getting air space clearance from the control tower due to heavy air traffic.

Cloud seeding is a process of inducing rain, not making rain, as the formation of moisture-laden towering cumulus clouds means that rain will happen eventually.

Through cloud seeding, the process of rainfall production is accelerated and increases the amount of rainfall.

If successful, rain should fall within 30 minutes to an hour after the salt solution is sprayed into identified towering cumulus clouds from between 1.5km and 2.5km above ground.

As of 5pm yesterday, four places in Malaysia had recorded very unhealthy air pollutant index (API) levels while 27 others had unhealthy API.

According to the Department of Environment’s data, Kuching in Sarawak recorded a “very unhealthy” reading of 231, while Johan Setia in Klang (221), Sri Aman (211), and Putrajaya (201).

Seven places in Sarawak, an area in Sabah along with 19 in Peninsular Malaysia had unhealthy API readings of between 101 and 200.

Meanwhile, Klang MP Charles Santiago said the peat fire in Johan Setia had contributed to the levels of air pollution, especially in Klang, and urged the Health Ministry to focus on the hotspot areas.

He noted the difficulty of putting out such fires due to the nature of the soil.

“The soil is the problem. It burns underground, so you don’t see the burning. It will take around five to six days and maybe some heavy rain to put it out, ” he told a press conference outside Bukit Aman yesterday.

Santiago also reiterated his suggestion for the creation of a law similar to Singapore’s Transboundary Haze Pollution Act 2014.

“This allows regulators to prosecute companies or individuals that cause severe air pollution.

“In that law, if a Singaporean company is found to have been causing open burning or unhealthy levels of haze, they can be brought to court. I think this is something that needs to be addressed, ” he said.

He added that such a law would allow Malaysia to prosecute even if a company operates overseas.

“Malaysia should have the same law and it would be a deterrent. Not only would they be fined in the country where they operate but in Malaysia as well, ” he said.

The MP said he had been told that three Malaysian companies and a Singaporean company had been identified as being responsible for open burning in Indonesia.

He said these companies were being investigated by Indonesian authorities. 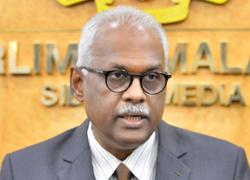 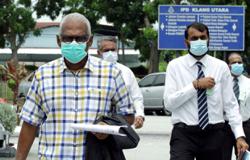 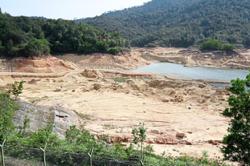