KUALA LUMPUR: Parti Sosialis Malaysia is urging authorities to not detain its former party youth chief, activist Khalid Ismath, and views his arrest as a form of intimidation.

"We are made to understand that he will be remanded on Saturday (Sept 14) but remanding someone before investigations are carried out goes against the Criminal Procedure Code," he said in a statement.

Arutchelvan said Khalid, 29, was arrested around 10.30pm on Friday (Sept 13) at his home in Klang by three officers from the D5 unit in Bukit Aman under Section 4(1)(b) of the Sedition Act for allegedly posting a seditious tweet aimed at Raja Permaisuri Agong Tunku Azizah Aminah Maimunah Iskandariah.

His mobile phone was also seized.

It is learned that Khalid was picked up at his home as soon as he returned from dinner with his family and calmly followed police instructions.

He also requested not to be handcuffed as his four-year-old daughter was with him when he was taken.

Arutchelvan said Khalid's arrest was a form of unnecessary intimidation.

"They could have asked him to go to the police station and he would have complied and cooperated willingly.

"Her Majesty had already expressed her stand about the tweet and has not linked anyone to it," he said, adding that Khalid had earlier denied that he had posted anything against the Queen.

Khalid's arrest happened hours after the Queen posted on Instagram telling the public that she had left Twitter for personal reasons and there was no need to lodge any police reports.

Her posting was shared by her daughter Tengku Puteri Afzan Aminah Hafizatullah Al-Sultan Abdullah, who reposted it on her own Twitter account, @tengkuafzan1.

Many of the Queen's followers had earlier believed that she had left Twitter because of cyberbullying.

Since she left Twitter, a Twitter user, whose tweets were screenshot and circulated on the Internet, has issued a public apology to Tunku Azizah for earlier remarks he made about her.

In a string of tweets, which have since been deleted, Twitter user Firdaus Asraf commented on the popularity of Tunku Azizah and the following that she has gained on social media.

He later posted a formal apology on his account, saying that he regrets his actions and he hopes that Tunku Azizah will accept his apology. 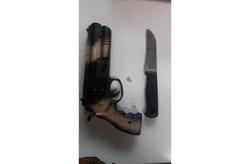 Abt fined and disqualified for using a 'ringer' in virtual race