KAJANG: As I trailed behind the latest Mercedes into the driveway of a grand-looking bungalow in Country Heights, we were told this is where we will be interviewing the man who used to be one of the most powerful politicians in the country.

A man clad in a short-sleeved blue shirt, dark blue slacks and slippers, with his greying hair, emerged from inside the house and welcomed us.

"Bring those mineral bottles of water, cold ones," he directed one of the 10 people hovering around him as we sat down to do an exclusive.

Small mineral water bottles bearing the Barisan Nasional logo were served all around.

"Here, we only serve Barisan Nasional water. We will always have them and Barisan will always exist," said Ahmad Zahid, as he decided that he wanted the interview to be carried out on the simpler modern-looking sofa compared with the grand Chesterfield-looking sofa set.

It is now over two months since he returned from garden leave.

Ahmad Zahid was pressured by fellow party leaders to go on garden leave from his post, as he is facing a total of 87 graft charges in court.

However, six months later, Ahmad Zahid announced his return to duty on June 30.

The bungalow was his family's foundation, Yayasan Falah - handsomely furnished.

Right next door stands a "surau", which is almost as big as a mosque, clean and new, but deserted.

Ahmad Zahid had offered The Star an exclusive interview to explain himself why Umno had decided to consort with its once-sworn enemy, PAS.

As Ahmad Zahid ordered his aides to prepare prawns and calamari for tea later on, I showed him a picture when he graced the magazine "Men's Review" in 1997. 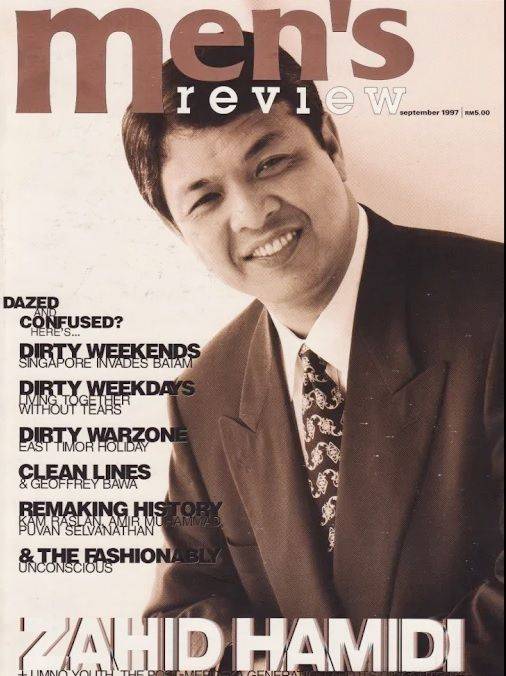 "Ah, I used to be so young, and my hair was all black," said Ahmad Zahid, obviously delighted to see his old picture.

Ahmad Zahid, then the Umno Youth chief, has come quite a circle, for he is now leading Umno as the Opposition leader after losing the last general election to a one-year-old coalition, Pakatan Harapan.

As the interview took place, Ahmad Zahid cried "political persecution" for the long list of graft charges he is facing.

He said, despite that, he knows very well that he is also a wanted man to explain whether he is sidelining the non-Muslims, as he rubbed shoulders with the leaders of PAS.

The Bagan Datoh MP pointed out that the upcoming Ummah Unity Gathering on Sept 13 and 14 is not the first time Umno and PAS will be on the same stage.

More than 10,000 Umno and PAS members are expected to converge at PWTC on those two days, and it will culminate in a rally.

"Ummah is not only Muslims - it means humanity as a whole," said Zahid, when asked if he had left behind main fellow Barisan counterparts MCA and MIC when he decided to embrace PAS-style politics.

"We have tried to come together for more than 40 years, and there was never any political effort to bridge this gap. Personally, I took the effort to bridge the gap in 1998 with the late Datuk Dr Haron Din of PAS, and he came out with the idea on PAS and Umno working together. He suggested a joint mechanism. He added that the other events that followed were "Himpunan Melayu Bangkit" (Malays Rising Gathering) in Pasir Salak and the rally to oppose the International Convention on the Elimination of all forms of Racial Discrimination (Icerd) in Kuala Lumpur last year.

When asked why Umno chose PAS, he said it is because PAS has "long been an Opposition".

He agreed that both Umno and PAS have differences, but insisted that they have grown on each other.

"We need to build our chemistry, not by force but 'organically'. The organic growth of this chemistry was established after I took office in Umno.

"I not only ignited the chemistry, but managed to come to a natural understanding and it has been a good political dividend for Umno," said Ahmad Zahid.

As to whether he accepted PAS leadership's open support for Prime Minister Tun Dr Mahathir Mohamad, Ahmad Zahid said that friends should respect each other. 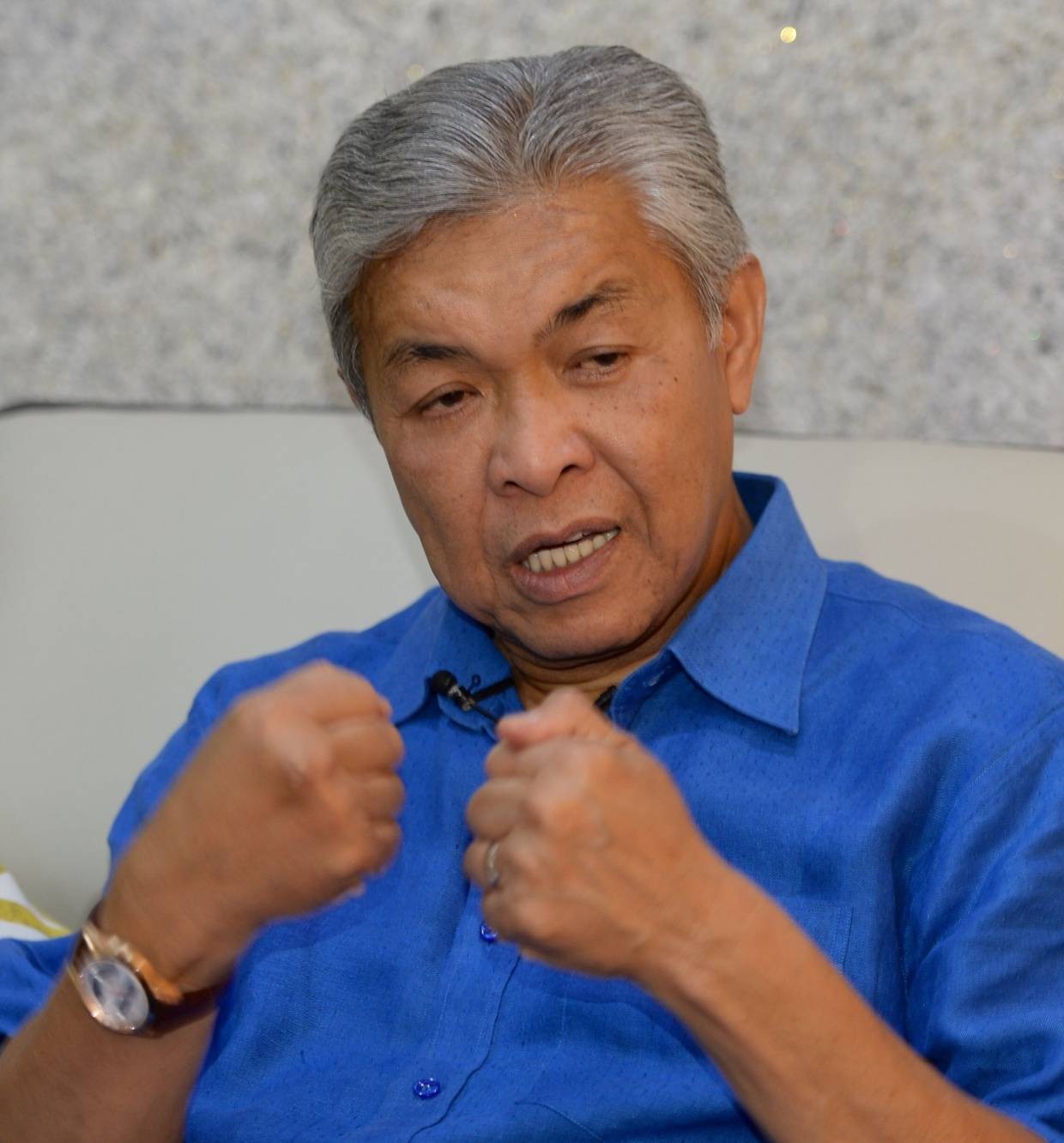 "PAS has its own reasons to support Dr Mahathir to continue until the end of his tenure. We feel that if promises of Pakatan are not fulfilled, then we expect that (a non-confidence vote against Dr Mahathir in Parliament) may happen. If anything happens, there may be divine intervention. In this matter, respecting a friend is more important than a pre-empt what we cannot control," said Ahmad Zahid.

He also said that although Umno and PAS may not be similar in their approach to non-Muslims, they had decided to "marry", because both agreed that Pakatan had failed to deliver promises it made in the last general election.

"What we are doing now is not so much of political marriage; neither is it marriage of convenience," said Ahmad Zahid.

Although PAS had been in cohorts with PKR and DAP, Ahmad Zahid said Umno decided to join hands with PAS because they both agreed that DAP should not push the "Malaysian Malaysia" agenda.

"Malaysian Malaysia" of DAP is a campaign which called for equality among all races, and Umno said that it questioned the privileged position of Malays as enshrined in the Federal Constitution.

"Umno then realised that if it does not work with PAS on these issues (Malay and Islam), these issues will disappear and a country which is multiracial will lose its main race as the main force," said Ahmad Zahid.

He, however, insisted that although Umno and PAS are both Malays and Muslims, the joint charter on their cooperation would still be based on the multiracial concept for the country.

He pointed out that there is a need to work on that "misperception" that Umno-PAS is only for the Malays as they need to capture the Sarawakian non-Malay parties. 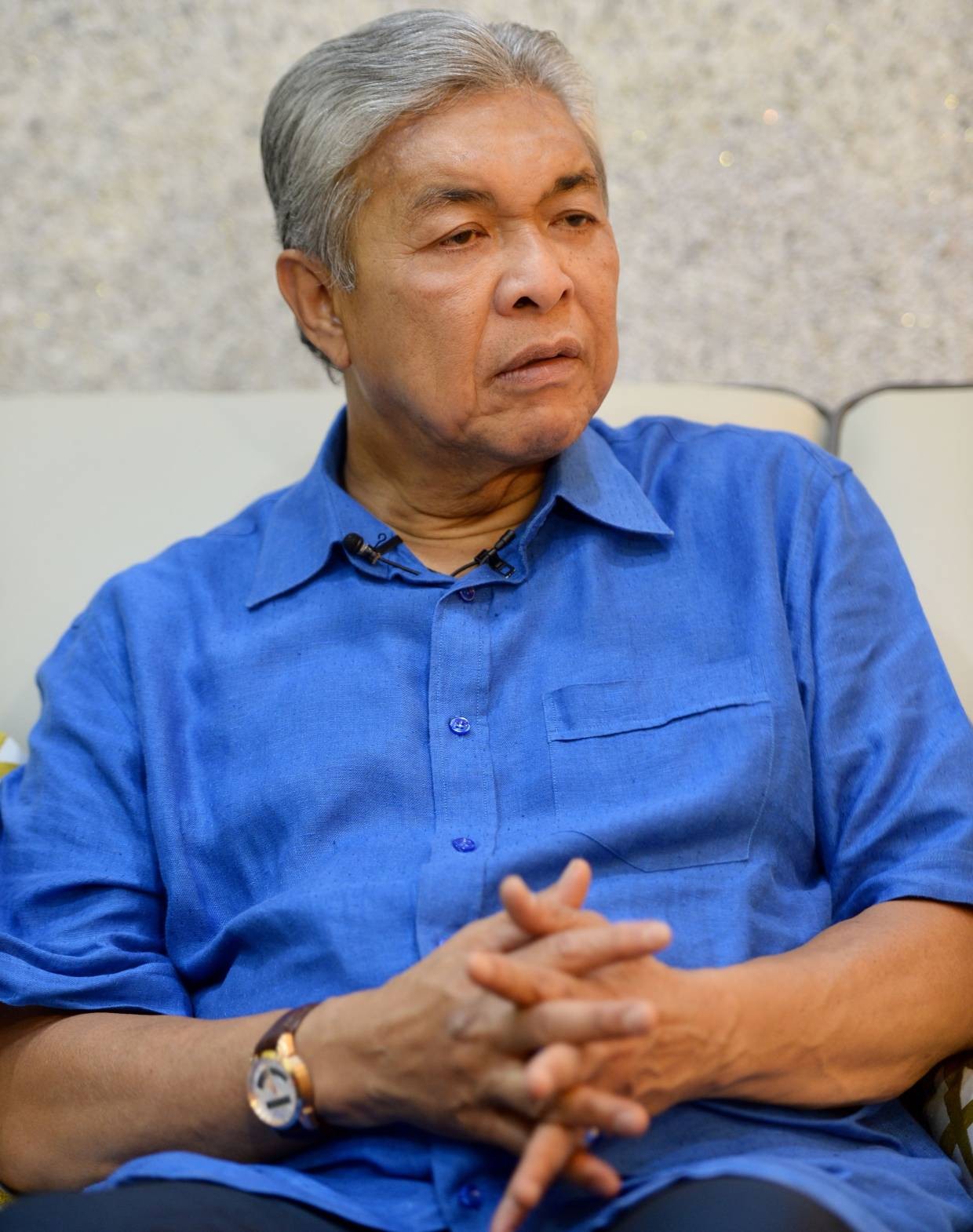 Ahmad Zahid said that although he is open to the idea of a coalition, he will work on what he has now.

"Let us cross the bridge first (if Umno-PAS can win the next general election). In Islam, we have to work hard and work smart. Then we do our prayers," said Ahmad Zahid,

At the same interview, Ahmad Zahid said there were those in Umno who questioned his return from garden leave to helm the party once again, despite the charges.

However, he said those who do not agree with his plans are a "pain in the neck" which had been dealt with.

"It is not of me burning myself, but it is about taking risks for the struggle. There will be a bright light at the end of the tunnel, especially now that we are working with PAS," said Ahmad Zahid.

Asked whether the light he sees at the end of the tunnel may be an oncoming train, he said there are two tunnels.

"One is for the leaving train and one is for the coming train. Whatever it is, there will be no loggerheads between the two trains," said Ahmad Zahid.