Safeguards in place: Ishsal says action will be taken based on the type of content in the complaint.

CYBERJAYA: You can now report to the Malaysian Communications and Multimedia Commission if you have been added to a WhatsApp group that shares explicit content, including videos and photos, says its chairman Al-Ishsal Ishak.

“They can screencap details to include the phone number of the person who created the WhatsApp group and send it to the new MCMC WhatsApp hotline (016-220 6262) because that’s the fastest way, ” Ishsal said at the National Fiberisation and Connectivity Plan media briefing.

Alternatively, users can also email their complaints to aduanskmm@mcmc.gov.my.

He added that MCMC will begin an internal process to investigate the complaint with the police.

“We will investigate the complaint immediately as we have teams running almost 24 hours a day, seven days a week, ” he claimed.

When asked if MCMC will prioritise high-profile cases, Ishsal said “no”.

“We treat every case seriously based on the gravity of the situation. There is no specific emphasis, ” he said, adding that action will be taken based on the type of content in the complaint.

Yesterday, a local media reported that a WhatsApp group was set up by an individual to share more intimate clips depicting a man resembling a minister.

The WhatsApp creator added some 80 members of the media and politicians to the group.

Ishsal said MCMC will issue a statement on the matter. 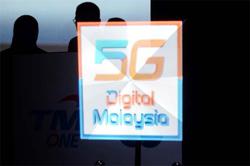 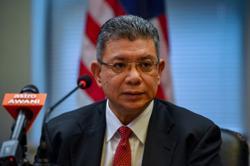