PUTRAJAYA: Patriotic Malaysians wore their love for Malaysia on their sleeves at the National Day celebration here on Saturday (Aug 31), adding some flag fashion to the annual event.

The Jalur Gemilang was ingeniously fashioned into a range of designs from baju Melayu to vetti sattai, from princess gowns to formal coats.

"I asked my mum to make me something special for National Day," said nine-year-old C. Monishkumaran.

He was dressed in a Jalur Gemilang inspired vetti sattai, and said that wearing the costume made him very happy.

"Yesterday, I told my father to bring me to Putrajaya because I wanted to celebrate National Day," Monishkumaran said while waving a small flag, adding that it was his family's first time here. 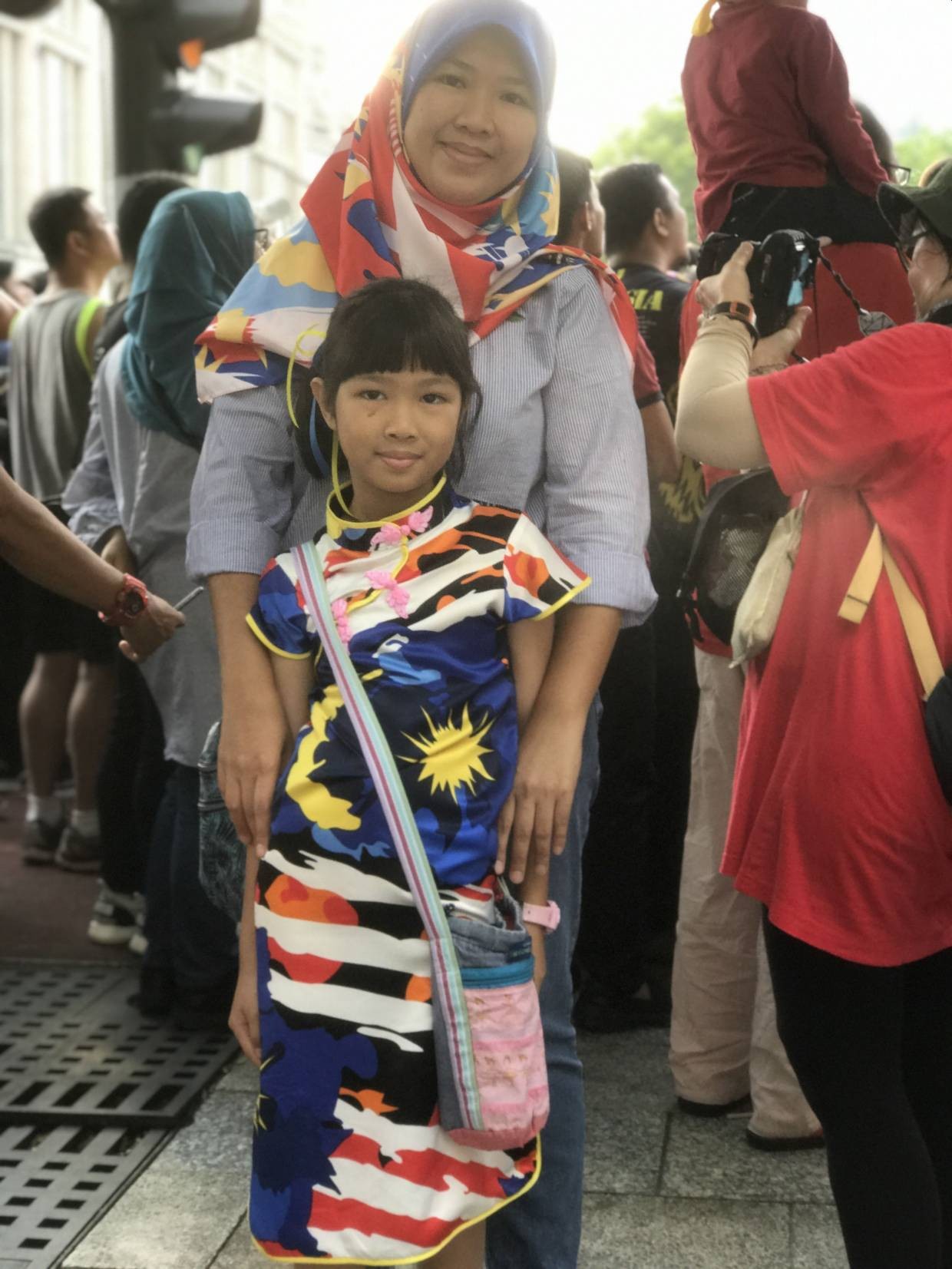 At the other end of the parade, all five children in a family of seven dressed in red, white, blue and yellow stole the show with many requesting to take selfies with them.

"The most important thing when making a costume out of the Jalur Gemilang is to make sure the crescent and star are not cropped," Ariani said, adding that they have been attending the national Merdeka celebration for the last four years.

Another family proudly sporting the national colours was 36-year-old Erma Yantie Abdul Wahab, who made a cheongsam out of a Jalur Gemilang-inspired tudung for her nine-year-old daughter.

"It is important for our children to know and experience the different cultures in Malaysia and I wanted to portray unity in her costume," she said.

Erna added that she plans to create a lengha Merdeka costume for next year's National Day celebration.

Meanwhile, secondary school student Muhammad Farid Nasir went a step further to show not only his love for Malaysia, but also his love for the Prime Minister in his costume.

The affable 17-year-old was smartly dressed in a tanjak (traditional Malay headgear) and a Jalur Gemilang baju melayu printed with a portrait of Tun Dr Mahathir Mohamad. Muhammad Farid said his costume cost RM50 as he ordered it from a tailor.

When asked about their hope for Malaysia, these Malaysians shared the same aspirations - a peaceful and harmonious Malaysia.

"I wish Malaysia can maintain its harmony and freedom for all races to practise their faith and culture," he said.