It may be time for Malaysia to adopt a comprehensive piece of legislation that addresses all issues relating to hate speech.

IN multicultural Malaysia, provocative words and actions that touch on religious and ethnic sensitivities can have destructive impact. This is further exacerbated with the sharing of such incendiary remarks on social media and the internet. The dissemination is swift, and the reaction immediate.

This fanning of ethnic and religious sensitivity is clear in the recent debate surrounding controversial Indian Muslim preacher Zakir Naik, the Dong Zong officials and the Bangi road rage case which somehow turned into a racial issue online.

At present, many separate laws are used to regulate such behaviour. Among them are Section 503 to 505 of the Penal Code, the Sedition Act 1948 and the Communications and Multimedia Act 1998 (CMA). However, some argue that these laws can be wide-ranging or archaic.

Last year, three Bills were proposed to curb racial and religious hate in the country; the Anti-Discrimination Bill, the National Harmony and Reconciliation Commission Bill and the Racial and Religious Hatred Act. Under these three laws, instigators of racial and religious hate could face a jail sentence of up to seven years or a fine of RM100,000. However, since then there have been no developments on the bills spearheaded by Minister in the Prime Minister’s Department for Religious Affairs Datuk Seri Dr Mujahid Yusof Rawa.

Has the time now come for Malaysia to adopt one comprehensive law that addresses all issues relating to hate speech?

But this would not be easy. Even the definition of “hate speech” can be contentious as different countries interpret differently based on their social contexts. Nevertheless, hate speech law is generally used to regulate provocative statements, incitement to violence or public disorder.

Universiti Putra Malaysia lecturer Dr Murni Wan Mohd Nor says that Malaysia should introduce new hate speech laws as she believes existing laws are insufficient to tackle incendiary remarks and actions which are becoming more widespread with the internet and social media.

Dr Murni, who is conducting a study on hate speech, describes hate speech law as: “Laws promulgated to protect individuals and society from the effects of hate speech—particularly protecting ethnic and religious relations.”

Studies and surveys in and beyond Malaysia have indicated an increase in hate speech, particularly online, Dr Murni, who specialises in human rights and constitutional law, observes. She argues that a specific law is needed because it can properly spell out the scope of what amounts to, and what does not amount to hate speech.

“The current laws that can be used to curb hate speech have a few major problems—one being their vague and uncertain nature. Anything and everything can be said to produce or have the tendency of producing feelings of ill will, hostility or hatred. Such an ambiguous, catch-all phrase should be avoided in the wording of legislation, particularly when such legislation limits the constitutionally guaranteed right to freedom of speech, ” she says.

“While I do believe in regulation of speech, particularly looking at our local context – it is imperative that we have a specific, and comprehensive law that would be a legal transformation of the current position. Problems of definition must be tackled. The term “hate speech” must be introduced into legislations and its scope must be properly spelt out, ” she explains. Nevertheless Dr Murni believes that the law making process must take its time, be done with the utmost care and with serious effort to remedy the problems of the previous laws.Amending current laws

Although Malaysian Representative to the Asean Intergovernmental Commission on Human Rights (AICHR) Eric Paulsen does not think that Malaysia needs a new law on offensive speech, he nevertheless advocates for current legislation to be amended and updated. 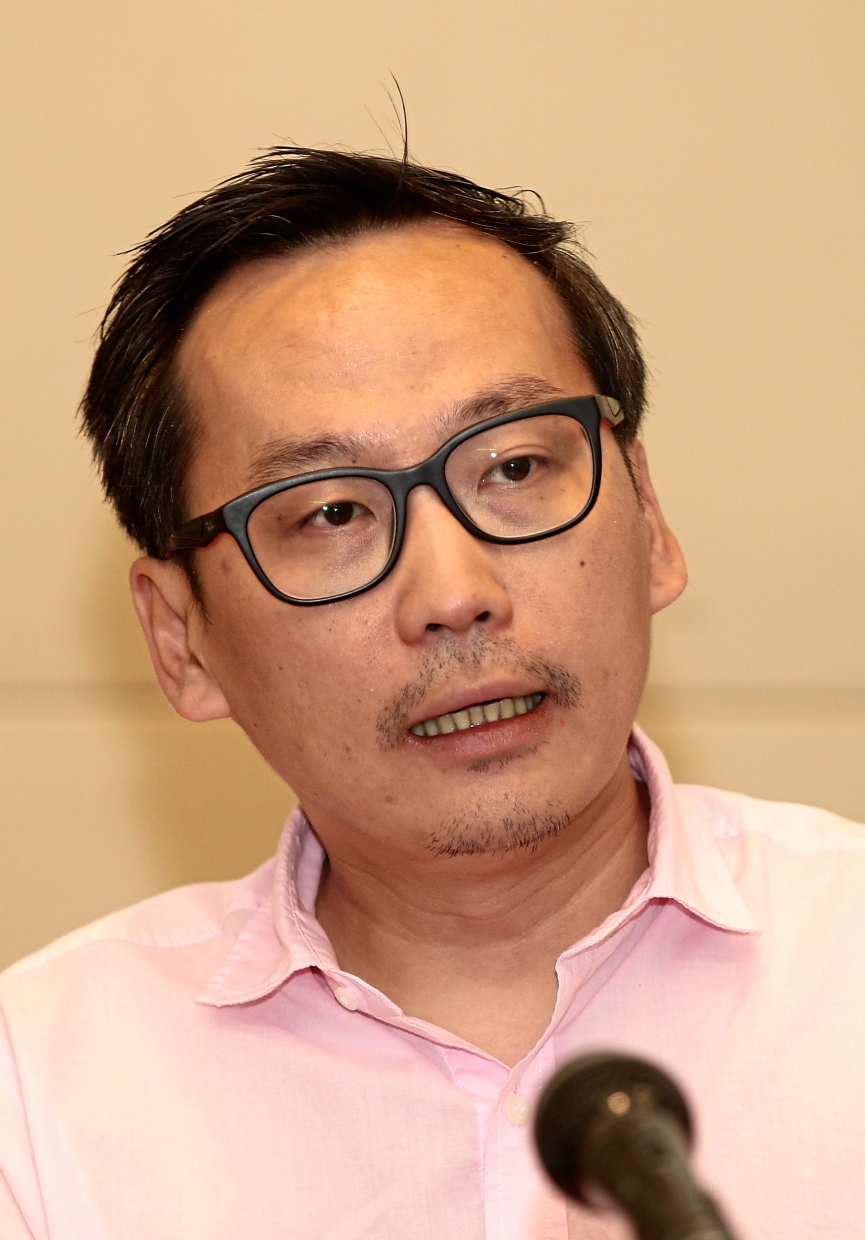 “I think the present law for the moment is sufficient. The police have been acting on the issue using those laws but ideally it should be amended to clarify the scope, ” he says.

According to Paulsen, Malaysia needs to conduct further studies before introducing hate speech laws because other countries which have introduced the laws have faced difficulties.

“Different countries have different definitions of hate speech, and that definition can be quite vague. Especially in Malaysia where everything is racialised, we do not want to get anyone into trouble for a flippant remark. I would rather that the Penal Code be maintained as the main law to govern speech, they just need to take into account the latest developments, ” says the human rights lawyer.

“In the international context, the meaning of hate speech is used to protect vulnerable groups. In Malaysia it is about how to control sensitive issues and regulate public disorder.”

While he maintains that the Penal Code is able to address matters such as inciteful remarks, criminal intimidation and intention to provoke breach of peace, he says that some parts of the law can be archaic and these have to be addressed.

The amendments must be done thoroughly and cannot be rushed otherwise it might end up like the controversial Anti-Fake News Act, he notes.

“To amend the Penal Code would be good, but it is important how you do it. It has to be a slow process which includes consultation with all the relevant stakeholders, ” he says.

While Paulsen advocates for Section 233 of the Communications and Multimedia Act to be narrowed down as it is “wide ranging and unclear”, he remains steadfast that the Sedition Act 1948 should be abolished.

“The Sedition Act is a-pre Merdeka law, it does not take into account the intent of the crime, it is archaic, vague, and very wide – it covers almost anything. In the Sedition Act, the intention of the maker is irrelevant. As long as the person has made the statement, even though by accident, it does not matter, ” says Paulsen, who was acquitted of sedition in 2018. Taking a reconciliatory approach.

Constitutional law expert Emeritus Prof Datuk Dr Shad Saleem Faruqi believes that a new law should be introduced to complement existing laws in addressing growing hate speech. However, this law should focus on counselling, education and rehabilitation rather than being punitive.

“New laws need to be passed but not because the present weapons are inadequate. I think we need to take a new approach. I would recommend instead of passing laws on hate speech which is rather negative, it would be better to pass a law on religious and racial harmony, ” says the constitutional expert.

He explains that this law would not be confined to speech, but will also include actions which touch on religious and racial harmony.

“Current laws use the sledgehammer of the law to punish. I do not think that is the way hate speech or hate speech and action should be handled, ” he says.

Dr Shad Saleem explains that most prejudices are born out of ignorance, and therefore it is the ignorance which needs to be banished.

“The law should require people to attend sessions with counsellors where they meet people of their own faith who are broad-minded, and people of other faiths who would offer a hand of friendship and not the sledgehammer of the law to threaten or prosecute them, ” he says, stressing that only in the last resort should we indulge in penal action, and even then it need not be a jail sentence.

“A penal action may also be community service. It is also a punishment but a positive type of punishment. So if someone defaced a place of worship, maybe they should be made to clean it up with the help of others.”

Dr Shad Saleem says that Malaysia can take a leaf from the British Race Relations Act 1965 which first seeks to counsel, education and moderate, and only then would it look towards punishment.

He laments how racism and religious bigotry started “becoming mainstream” over the past three decades.

“For a long time, Malaysia was an exemplar for the rest of the world on interreligious and interrelation harmony. I am sorry that has changed. I am so sad to say it, we had a winning formula of tolerance, or compassion, of mutual respect to each other. Now our loyalties are defined by how strident we are in our condemnation of other races and religions, ” he says. Curbing violence

In a January column in The Star, Institutional Reforms Committee (IRC) member Datuk Ambiga Sreenevasan and lawyer Ding Jo-Ann pointed out that hate speech legislation is not meant to protect groups from insult and offence.

They argued that it must be reserved for speech that has a genuine likelihood of provoking violence against groups and against vulnerable ones in particular.

“The only purpose hate speech laws should be considered would be to prevent incitement to violence against vulnerable groups, including minorities. They should not be enacted to protect privileged groups from insult and criticism or worse, to persecute vulnerable minorities, ” they wrote.

They also said that if the Government were to consider introducing hate speech laws, any such laws should operate in conjunction with broader efforts to promote equality and non-discrimination. The laws must also be narrow in scope, or they risk ending up as a replacement to the Sedition Act. 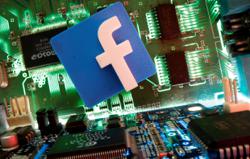 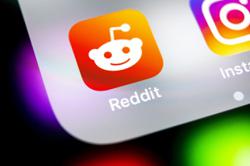 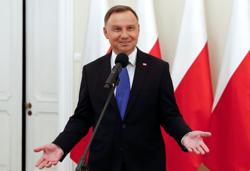