In the spotlight: Zakir is being investigated over his alleged racially-charged comments made during a lecture in Kota Baru, which had triggered 115 public complaints.

PETALING JAYA: It is not enough for Dr Zakir Naik to issue an apology for his racially-charged remarks, he should leave Malaysia, says moderation advocate Mohamed Tawfik Ismail.

He said it was high time for the controversial preacher to be deported.

“The Islamophobia generated by his talks has come to a stage where all conservative Muslims are seen as possible terrorists and the distinction between conservatism and extremism is blurred.

“So apologies are not enough. I think he should be deported, ” he said yesterday.

Mohamed Tawfik, who is a former parliamentarian and son of former deputy prime minister Tun Dr Ismail Abdul Rahman, noted that Zakir’s reputation preceded him wherever he went.

“There are reports that he inspired a person to commit terrorist acts in Bangladesh recently, and a person in Johor threatened non-Muslims with parang and knives because of perceived threats to Islam propounded by him.

“It’s the singer, not the song, that is dangerous, ” said Mohamed Tawfik, adding that while Zakir was still here, his movements should be monitored and his visitors screened and limited.

“He has fanatical followers who’ll commit violence on his behalf and insist on his right to preach, ” he claimed.

He also said the government should not blame the issue on the previous government, as they did not make their views forceful enough or take firm action against the preacher when they were in the Opposition.

Although Zakir’s apology was welcomed, Bukit Gelugor lawmaker Ramkarpal Singh said it did not detract from the fact that he could have breached the conditions of his permanent residence (PR) status.

“(It) should be the main consideration in deciding if the same ought to be revoked or not. In other words, Zakir’s apology does not, in any way, repair the damage that had been done as a result of his words.

“This country has always been multiracial. Foreigners who wish to stay here must respect and understand this, failing which, they should not be allowed to stay, ” said Ramkarpal, who is also the DAP legal bureau national chairman.

He also said that Zakir might believe his speeches were “innocent”.

“But it remains as what he thinks.

“What reasonable people think is quite different and the authorities must recognise that his explanation and apology does not excuse him from the wrong that he may have committed, ” he said.

Ramkarpal said such an apology should not influence the authorities in deciding whether or not to revoke Zakir’s PR status, adding that the authorities should act without fear or favour with the nation’s well-being as its priority.

Malaysian Movement for Moderates founder Anas Zubedy said Zakir needed to learn the Malaysian way and show that he was willing to change.

“It is good that he apologised. He needs to learn the Malaysian way. Understand our history and our national charter – the Rukunegara.

“To show that he is for real and is truly remorseful, he should also cancel his court case (legal notices served) against Malaysian leaders.

“His apology should include apologising to them, ” he added.

Most importantly, Anas said the controversial preacher must “denounce in clear terms” to all his followers who have been behaving with violent intentions against those who disagree or are unhappy with him.

“He must call on his followers to also apologise for such bad behaviour. He should ask his students to stop fanning anger, ” he added.On Monday, Zakir was questioned for 10 hours by Bukit Aman under Section 504 of the Penal Code for intentional insult with intent to provoke a breach of the peace.

He is being investigated over his alleged racially-charged comments made during a lecture in Kota Baru, which had triggered 115 public complaints.

During the lecture, Zakir, in response to calls for his deportation, allegedly said the Malaysian Chinese should “go back” first as they were the “old guests” of the country.

To date, seven states – Melaka, Johor, Selangor, Penang, Kedah, Perlis and Sarawak – have barred him from holding religious talks in their respective states.

All police contingents nationwide have also been issued a circular banning him from delivering public talks across Malaysia.

News reports said Zakir was wanted in India over corruption charges, but he was not deported, with certain parties saying that the charges were trumped up.

Dr Mahathir has since admitted that Malaysia was in a Catch-22 situation as he was “an unwelcome guest Malaysia can’t send away”. 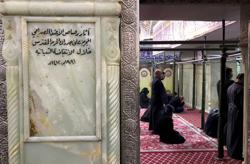