Ample land for the dead but not the living

GEORGE TOWN: Land is scarce in Penang. The irony is that there are more burial plots available than ever before.

A decade ago, burial plots were at such a premium that the dead were placed cheek by jowl.

But times have changed, with more opting to cremate the dearly departed.

Over the years, he said the burial rate had dwindled.

“There will still be burial space for the next 10 years, if this continues,” he said.

Ramachandran said there were six burial sites under the PHEB, with bigger ones in Batu Lanchang and Balik Pulau and others in Nibong Tebal and Butterworth.

“There are a few other Hindu cemeteries overseen by temples, but these are quite small,” he said in an interview.

He said the six burial sites under PHEB still had empty plots.

He said the land was freehold with a 30-year lease on the burial plots, which go for between RM1,000 and RM2,500 each depending on the location.

“If a person wishes to retain the plot after 30 years, the lease can be renewed.

“They may bury other relatives in the same plot, as long as six years has lapsed from the last burial,” he said, adding that there was no maintenance charge as the intention was not to reap profits.

Ramachandran said even at the Batu Lanchang burial site which had fewer plots, there were only two to three burials each month.

He said families now opted for cremation as the process was “cleaner”, and there was no need to conduct prayers at the cemetery.

“It is a one-time prayer session. You cast the ashes into sea and prayers are conducted at home using the picture of the person.

“Also if a burial is chosen, one has to visit the grave during Deepavali and death anniversary,” he said.

Even more of the Chinese community are opting for cremation, leading to more burial space.

“Over the years, fewer people have been choosing to bury their loved ones and prefer to inter the ashes in a columbarium.

“Based on statistics, more than 90% have opted to cremate. On an average, there are only two to three burials a month,” he said.

“Burial is also unpopular because third-generation family members do not have the interest to come and clean the tombs of their ancestors during Ching Ming.”

It is learnt that the cheapest price for a single burial plot is about RM6,500, minus the construction cost of the tomb which is usually more than RM10,000.

For cremation, the charges are between RM300 and over RM10,000 per niche depending on location.

“You can reserve a spot in the columbarium to place an urn but a burial plot will only be given if someone has passed away.

“It is, however, simple to secure a burial plot. We are always open and only closed on the first day of Chinese New Year every year.

“If someone has passed on, all the family needs to do is contact our office,” he said.

“We have gone through the statistics and worked out a plan to ensure there will be enough burial ground over the next 15 to 20 years.

“Almost every mosque in the state has its own burial ground and we have a central burial ground, one per district here.

“It is one person per plot and family members usually choose to be buried near each other. That is customary,” he said.
Article type: metered
User Type: anonymous web
User Status:
Campaign ID: 18
Cxense type: free
User access status: 3 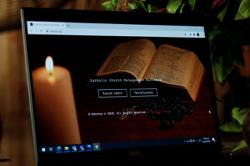