Only Matthew Searle of the Lucie Blackman Trust can speak on our behalf, says Nora Anne's family

SEREMBAN: The family of Nora Anne Quoirin says that only Matthew Searle of the Lucie Blackman Trust can speak on their behalf.

In a statement released by the charity through social media on Saturday (Aug 17), the family expressed concern that continued reporting of comments from other sources may hinder investigations as well as cause confusion and distress to them.

"The family of Nora Quoirin would like to clarify several comments that have been attributed to the family or to people claiming to act on behalf of the family.

"They wish it to be made absolutely clear that the only comments and statements relating to the disappearance, death, investigation and any other matters that are actually from the family are those released via Matthew Searle of the Lucie Blackman Trust, " they said.

However, the charity did not specifically mention comments made by the other parties which could have been misleading.

The Quoirins also urged the media to rely on Lucie Blackman Trust statements and comments from now on.

"The Lucie Blackman Trust is arranging for the repatriation of Nora's body and no further information concerning this, including dates or destinations, will be released at this point, " they said.

The charity reiterated that the investigation would continue in France as this was the standard practice in overseas cases involving French citizens.

"Whilst the investigations are underway, we continue to urge for an end to public speculation, " they said.

The charity again confirmed that no payments were made in respect of the reward in connection with the discovery of Nora Anne's body.

Nora Anne's family claimed the Irish teenager's body from the Tuanku Ja'afar Hospital here in the early hours of Saturday.

However, her parents Sebastien Marie Philipe and Meabh Jaseprine Quoirin were not seen at the compound of the hospital.

Nora Anne had arrived at the resort with her parents and two siblings for a two-week holiday on Aug 3, but she was not seen in the room that she shared with her siblings on the morning of Aug 4.

The authorities ruled out foul play in the death of the girl, whose remains were found in a stream 10 days after she had disappeared.

Medical experts who conducted a nine-hour autopsy on her remains ruled that she had suffered upper gastrointestinal bleeding that could have been caused by prolonged starvation or stress.

Forensic experts also found that the teenager was not sexually assaulted or subjected to any form of violence. 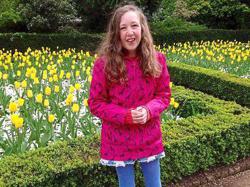