KUALA LUMPUR: Despite Pakatan Harapan’s promise to fund the Health Ministry up to 4% of the gross domestic product (GDP) by 2023, it is still largely “business as usual” after more than a year.

“To reach the target (4% of GDP), something has to change. To hit 4%, the Federal Government must increase the annual budget to the Health Ministry to RM79bil from the current RM28.7bil by 2023, ” said Lim, adding that the ministry takes the third largest allocation after Education and Finance.

At a roundtable on healthcare financing here last week, Lim noted that in the projected annual increase of RM2bil a year in funding to the ministry, it will only receive RM37.4bil at the end of Pakatan’s first term.

“The current increase in funds is not enough to meet the increase in the demand for medicine, treatment, facility upgrade and repairs, new hospitals and technology upgrades, ” he said as he presented his analysis on the Health Ministry’s budget.

He said Malaysia spent less on overall health, and government expenditure on health was lower compared to other upper middle income countries such as Thailand and South Africa.

If anything, growth of public health facilities had stagnated over the years despite the general rise in the demand for services, he added.

Allocation for medical supplies and services declined from RM5.17bil in 2015 to RM4bil this year while similar allocations for public health spending has stagnated, with RM1.39bil in 2015 and RM1.38bil this year, said Lim, quoting the Finance Ministry’s Federal Budget Estimates.

“The health and community clinics received 20 million more patients but the number of clinics increased by only 5% to 6% for the past 10 years. That is why we see overcrowding in clinics, ” he said.

He added that the number of public hospitals and hospital beds also did not increase, and the situation was somewhat regressive if population growth was taken into account.

“If the money goes down with the increasing demand, how is the government going to cope with that? Public health also has a lot of things to address, such as the rising threat of infectious and non-communicable diseases, ” he said, adding that a phased increase of RM8bil to RM10bil a year may work. 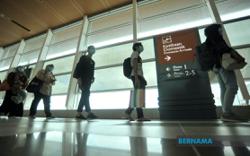