Justice Azman Abdullah reached the decision yesterday after concluding that the prosecution had successfully established a prima facie case against the 18 accused.

They allegedly committed the offence at room 04-10 of the Jebat hostel building in UPNM between 4.45am and 5.45am on May 22, 2017.The charges against the accused were made under Section 302 and 109 of the Penal Code, which carry the mandatory death sentence upon conviction. The six, along with 12 others, were also ordered to enter their defence on charges of injuring the victim.

They are charged with voluntarily causing hurt to the victim for the purpose of forcing the latter to admit to the alleged theft of a laptop, according to Section 330 of the Penal Code, read together with Section 34 of the same Act, which imposes a maximum imprisonment of seven years and a fine. 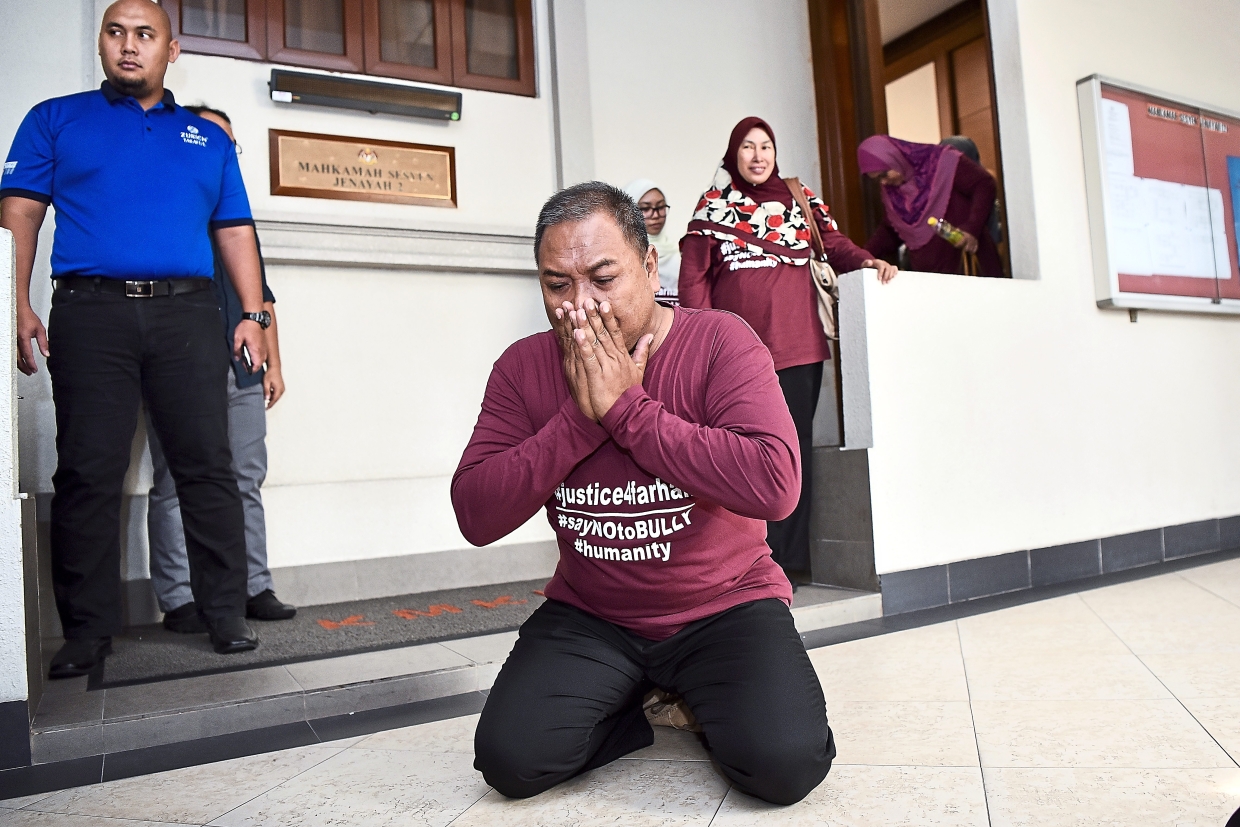 The court, however, acquitted and discharged one of the accused, Muhammad Akmal Akif Alias, of a charge of injuring the victim.

A total of 29 witnesses were called to testify, including two eyewitnesses, throughout the prosecution phase of the trial which started on Jan 29, 2018.

The prosecution is led by DPPs Julia Ibrahim and N. Joy Jothi.

Meanwhile, Zulfarhan Osman’s father, Zulkarnain Idros, 55, was seen performing sujud syukur (prostration of gratitude) outside the courtroom while his mother, Hawa Osman, 56, said she was always thinking of her son since his death two years ago.

Muhammad Akmal Akif expressed his gratitude and promised to continue his studies.