Overwhelmed with joy after meeting King

KUALA LUMPUR: It was a truly unforgettable moment for a group of homeless people as they got a rare chance to meet and speak to the King.

A recipient, Ainol Fazilah, 46, said she was very moved that the King was willing to meet them.

“I was overwhelmed with joy. This is the first time I met the King in person,” said the Melaka-born woman.

For another homeless person who wanted to be known as Jiha, the King’s gesture meant the world to her. 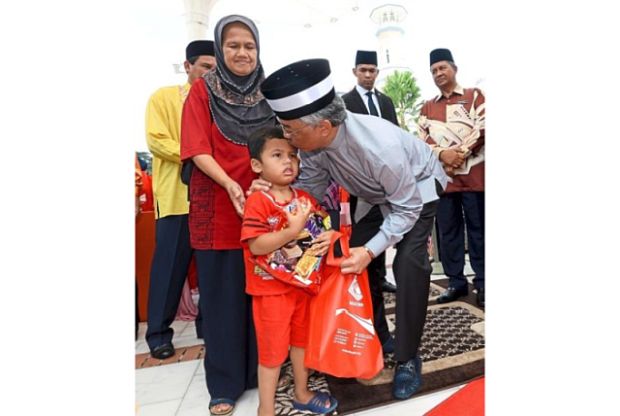 Kind gesture: Sultan Abdullah embracing a homeless boy as he hands out a pack of food to the boy and his family at Masjid Jamek in Kuala Lumpur.

“Even my own family members don’t bother to ask about me, but the King was willing to come and meet us. I can only say thank you,” said the 39-year-old from Kuala Lumpur.

“We are thankful that the King came in an informal way to pray and meet the homeless people,” he said.

Ajib said they distributed about 1,100 food packs at various locations to the homeless, with their strategic partners.

He said Sultan Abdullah was satisfied with the programme and hoped that it would be carried out continuously.