PETALING JAYA: Minister in the Prime Minister's Department P. Waytha Moorthy is urging the police to release the three Temiar Orang Asli arrested on Saturday morning (July 20) in Gerik, Perak, after they put up a blockade in a dispute with loggers.

“I urge the police to release the three Temiar Orang Asli reported to have been arrested at the Kampung Sungai Papan blockade site this morning,” he said.

“Until the legal boundary of Orang Asli’s land rights are determined, I am of the view that it is illegal for state authorities to unilaterally grant permits for developers to encroach upon and exploit the rights of these defenceless people without prior informed consent.

“Time and time again the highest court in Malaysia has recognised the Orang Asli customary land rights as superior and supersedes the right of the state governments under the Federal Constitution.

According to Waytha, various government agencies did not fully understand the provisions of the Constitution and the case laws favouring Orang Asli rights.

“Various government agencies, including State Menteris Besars, Forestry Department and the Police, do not wholly comprehend the provisions of the Constitution and the decided case laws which favour the rights of Orang Asli over the rights of the authorities.”

He added that the new government had promised to protect the rights of Orang Asli.

“To this end, a conference on the Orang Asli was for the first time organised on April 22 which was graced by our Prime Minister Tun Dr. Mahathir Mohammad.

“At the conference, the government gave its assurance that the rights of Orang Asli would be protected,” he said.

Waytha added that Dr Mahathir Mohamad “always stressed the importance of protecting the rule of law”.

“Hence all parties including the authorities must respect legal principles laid down by the highest Court in Malaysia in accordance with the Federal Constitution.

“I sincerely urge that the state authorities such as Menteris Besars recognise these customary lands and protect the rights of Orang Asli," he said. 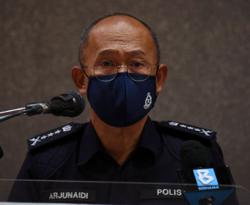