Fuelling the nation through education

Yong is proud to be a Petronas scholar as it gave her the chance to study, be part of something important in the company and develop herself in the process.

IN 2002, Bryan Bonaventure Nicholas Naun was your typical 18-year-old avid computer gamer shooting out a round of Call of Duty in a cyber cafe, when he noticed an advertisement pop up on screen.

“It was for the Petronas Education Sponsorship Programme (PESP),” Bryan, from Penampang, Sabah, recalled.

As he just completed his matriculation, he thought he’d just apply – and promptly continued with his gaming. Soon, his life was about to change.

Fellow Sabahan Tracy Yong Sze Fern’s path to a sponsorship was different; she chanced upon a PESP advertisement in a newspaper.

“I asked my dad and he encouraged me to apply,” recalled Yong, who was born in Kota Kinabalu but raised in Labuan where her parents worked.

Yong was also offered the PESP to study Chemical Engineering at UTP in 2003.

Today, both Bryan and Yong are charting their careers with Petronas, their stories exemplifying the many other Malaysians who have benefited from PESP, and who now form part of the company’s valuable talents.

Bryan’s career in Petronas was as action-packed as his favourite computer game. 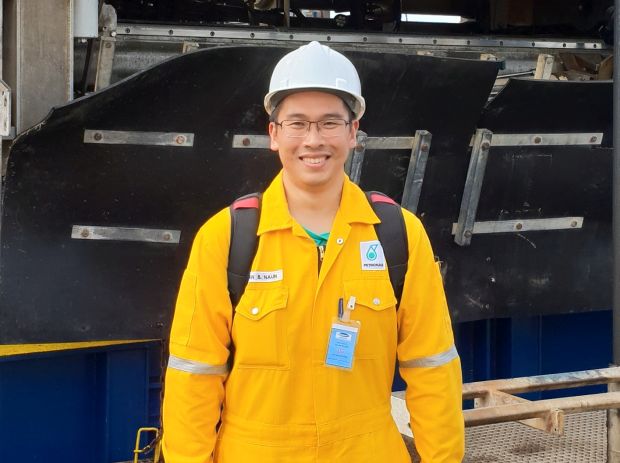 Bryan is grateful that PESP gave him the opportunity to develop beyond his expertise and background as a chemical engineer.

His call of duty saw him stationed at different Petronas operating units within the first 10 years of his career – starting as a shift supervisor at Petronas Gas Bhd in Terengganu in 2007.

During those years, he spent most of his time working hands-on in the field.

By 2009, he was posted to Labuan Gas Terminal and was sent for an attachment at Shell-operated Labuan Crude Oil Terminal, after that, as a maintenance supervisor at Sabah Oil & Gas Terminal in Kimanis, Sabah.

Bryan’s dedication did not go unnoticed – by July 2017, he was appointed executive assistant to the head of Petronas Carigali Sdn Bhd (Sabah Assets) at Menara Petronas in Sembulan.

He was appointed the operation readiness manager last October, transitioning from fieldwork to an indoor office environment.

“It was a major transition for me,” he said.

In looking back, Bryan is grateful for the opportunity to develop himself beyond his expertise and background as a chemical engineer.

“It’s definitely stepping out of my comfort zone and doing other things beyond operations,” he said.

Bryan also gets to travel to Australia, Spain, Singapore, South Korea and the United Kingdom on assignments.

Making good use of opportunities

Graduating from UTP opened up vast opportunities for Yong, which included being offered a job by another oil and gas company.

“After much consideration, I felt it only right that I serve Petronas because it was the company which provided me with a scholarship,” she said.

In 2008, she joined Petronas Chemicals Methanol Sdn Bhd in Labuan and built her career from there.

Her daily job involved leading and driving organisational effectiveness of the company, covering a wide range of operations – from overseeing work processes to quality management system, planning, implementation of change management and more.

“I’m proud to be a Petronas scholar. It has given me a chance to study, be part of something important in the company and develop myself,” she said.

A total of 400 SPM school leavers nationwide received sponsorship at award ceremonies in Kuala Nerus, Kuching and Kota Kinabalu this year. They have the chance to make good use of this opportunity and carve out successful careers for their future.

“It’s the key to have a better future.”

This Saturday at UTP, Petronas will award sponsorships to outstanding SPM achievers, enabling them to pursue tertiary education locally and abroad in various disciplines, under the flagship PESP.

The company has sponsored over 36,800 Malaysian students under this programme, with over RM3.3bil worth of sponsorships since 1975.

It provided financial support from foundation studies up to the students’ first degree in petroleum engineering, mechanical engineering, geophysics, finance, law and other industry-related courses at top universities around the world, and at UTP.